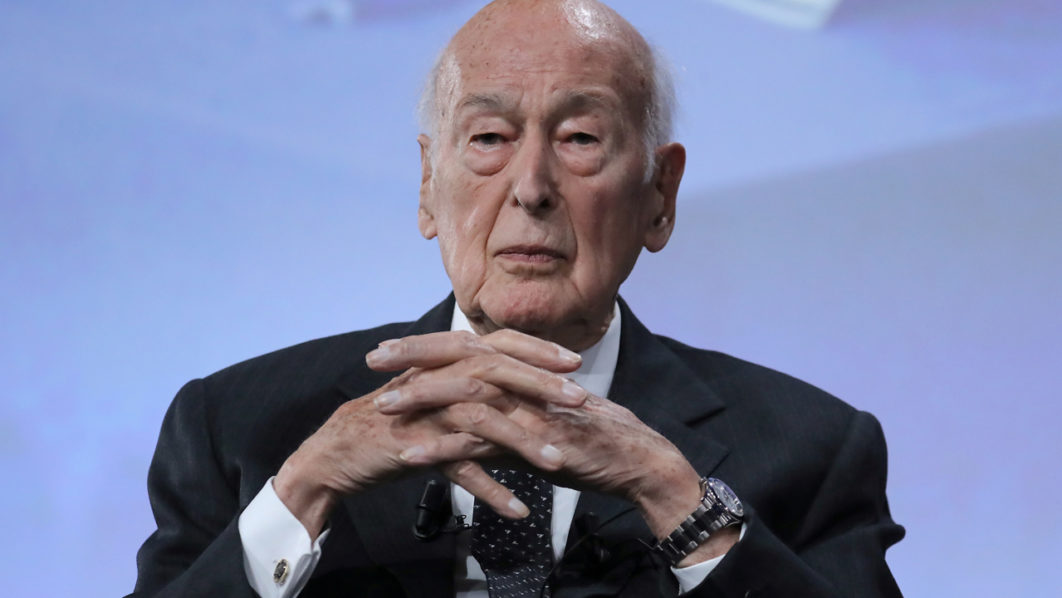 (FILES) In this file photo taken on June 20, 2019 former French president Valery Giscard d’Estaing looks on at the conference of the fiftieth anniversary of the election of Georges Pompidou to the Presidency of the Republic, in Paris. – Former French president ValÈry Giscard d’Estaing, 94, is the subject of an investigation opened May 11, 2020 that examines the complaint filed by German journalist Ann-Kathrin Stracke, who accuses him of sexual assault in late 2018, the Paris prosecutor’s office told AFP. (Photo by JACQUES DEMARTHON / AFP)

France’s oldest surviving former president Valery Giscard d’Estaing is “very upset” by an accusation of sexual assault made by a German journalist and has no recollection of such an incident, his lawyer said on Thursday.

French prosecutors this week opened an investigation after claims by reporter Ann-Kathrin Stracke that Giscard d’Estaing, now 94, repeatedly touched her behind in his Paris office after an interview in 2018.

Giscard d’Estaing served as president for one term from 1974 until 1981, when he lost out on re-election to Francois Mitterrand.

“President Valery Giscard d’Estaing is very upset and hurt by the accusation of sexual assault brought against him by Mrs Stracke, of which he has no recollection,” his lawyer Jean-Marc Fedida said in a statement.

The lawyer, issuing Giscard d’Estaing’s first official reaction to the probe, said the former president had decided not to “feed the polemic” by speaking out on the issue.

But the statement said Giscard d’Estaing was confident in the French justice system and had mandated his lawyer to take all action needed against “defamatory attacks that damage his honour”.

Stracke, 37, told AFP last week she had filed a complaint against the former leader, claiming he had placed his hands on her backside three times while they posed for a photograph together in December 2018, when he was 92.

“I decided to tell my story because I think that people should know that a French former president harassed me sexually after an interview,” said Stracke, a journalist for German public television WDR.

She took her case to Paris prosecutors on March 10 this year, backed by her employer which carried out an independent investigation into her claims.

Giscard d’Estaing ushered through a spree of radical reforms as president, legalising abortion, liberalising divorce and reducing the voting age to 18.

He sits today on France’s Constitutional Council, the body tasked with ensuring that laws conform with the constitution.