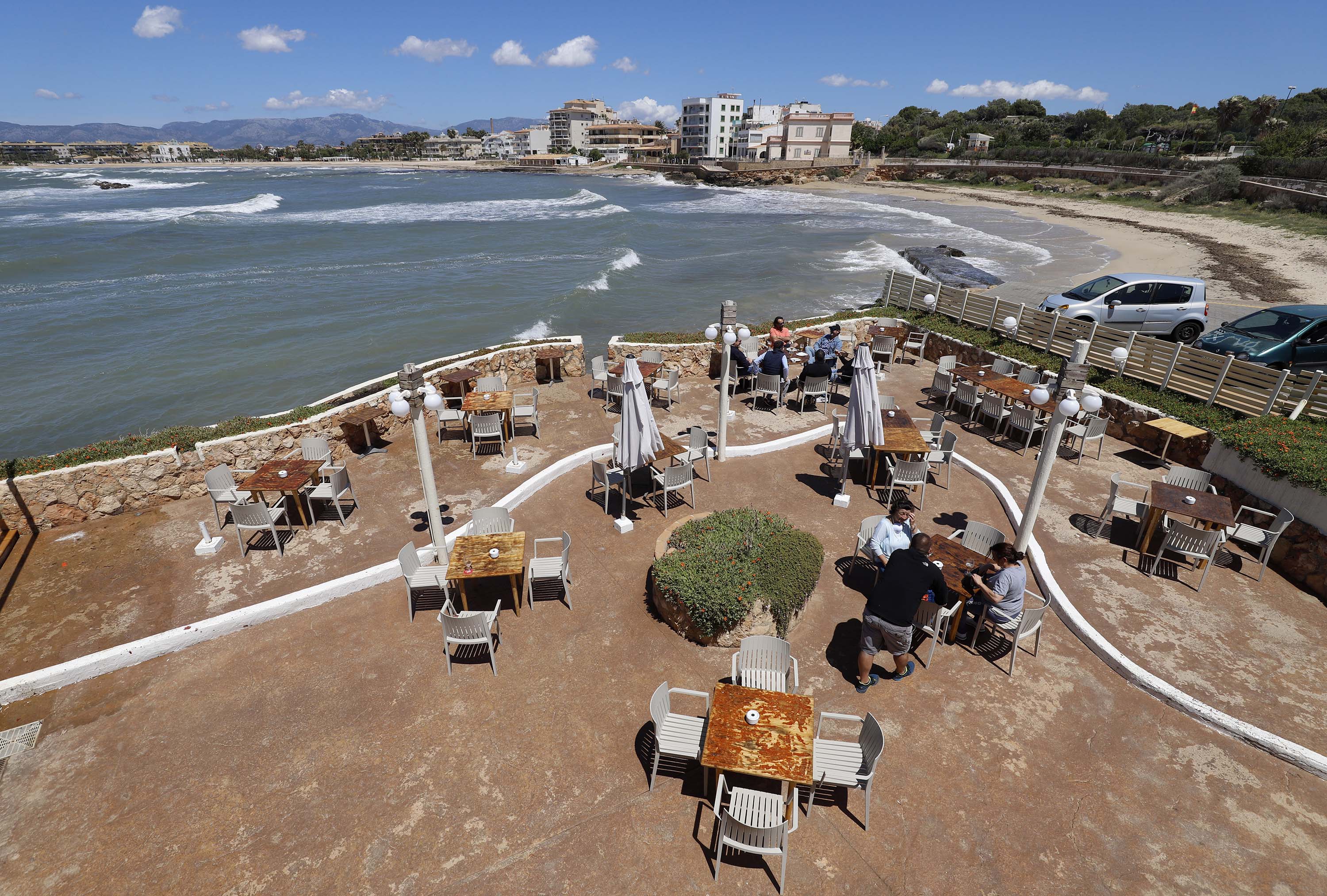 People sit on the terrace of the bar El Pe-on in Mallorca, Spain, on Monday, May 11. Clara Margais/picture-alliance/dpa/AP

Spain’s Mallorca island in the Mediterranean plans to welcome a limited number of Germans and other travelers in late June in a “pilot project” to restart tourism that has been halted due to coronavirus, Francina Armengol, the Regional President of the Balearic Islands said Thursday.

The plan would have the large German tour operator TUI fly in Germans or others from European countries or regions that, like Mallorca, have low infection rates, Armengol told CNN and other journalists on a video call.

“We are ready to do the pilot project at the end of June, so that groups can come assured of health safety,” Armengol said, speaking from Palma de Mallorca, the island’s capital. “We have to learn how to live with Covid-19 and how to do that safely.”

In Germany, TUI confirmed that it sees renewed tourism in Mallorca and beyond.

“We are in constructive talks with a number of local governments where we believe there may be summer holidays,” Martin Riecken, TUI’s Head of Communications, told CNN by phone. “We don’t believe that Spain as a whole, but the Balearics, also the Canary Islands, with low infection rates, where local governments have made good progress.”

TUI, he added, is also in talks with tourist destinations in Greece, Cyprus, Croatia and Bulgaria.

The restart of tourism will depend on national governments re-opening borders and lifting 14-day mandatory quarantines for travelers, where they are in effect, Riecken said.

Spain has announced mandatory 14-day quarantines for all international travelers to the country, starting May 15, and the rule will last through Spain’s state of emergency.