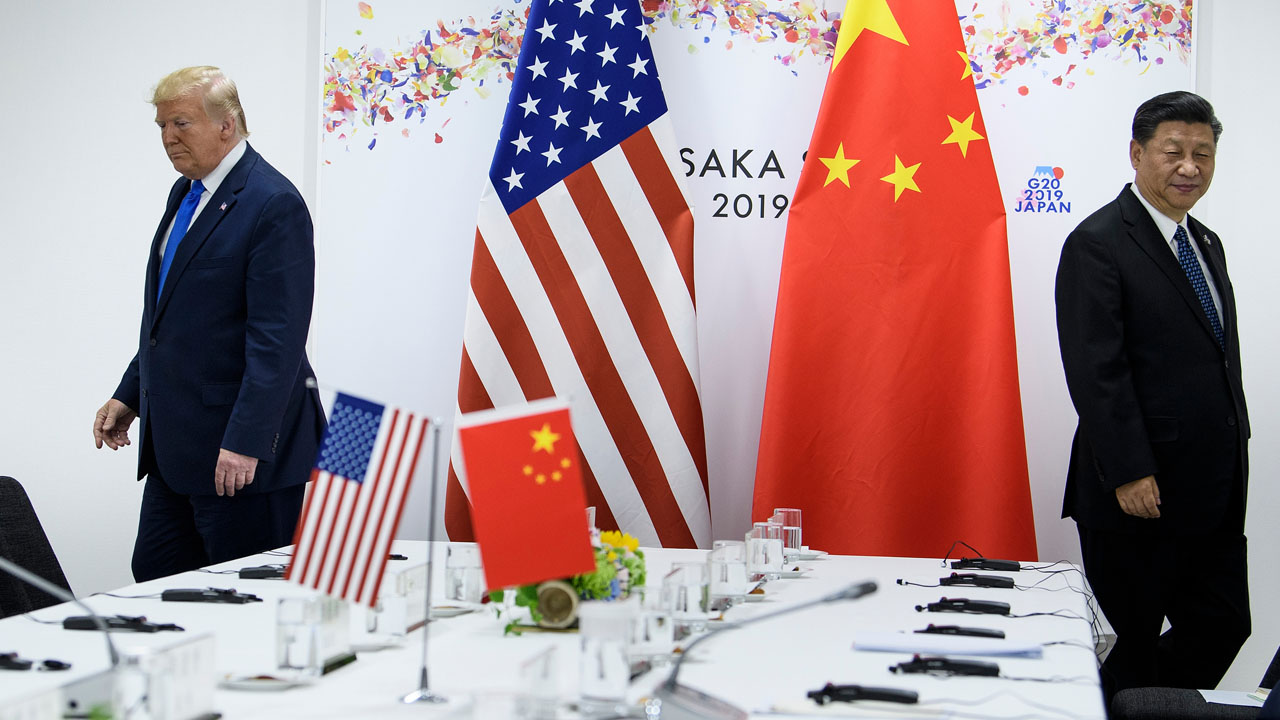 (FILES) In this file photo taken on June 29, 2019, US President Donald Trump and China’s President Xi Jinping attend a bilateral meeting on the sidelines of the G20 Summit in Osaka. – Trump said on May 14, 2020, he does not wish to speak “right now” to his Chinese counterpart Xi Jinping, declaring himself “very disappointed” by the country’s handling of the coronavirus pandemic. “I have a very good relationship, but I just — right now I don’t want to speak to him,” Trump told Fox Business. Asked how the United States might choose to retaliate, Trump gave no specifics but struck a threatening tone, warning: “There are many things we could do. We could do things. We could cut off the whole relationship.” (Photo by Brendan Smialowski / AFP)

China on Friday urged the United States to meet it halfway and strengthen cooperation in the fight against the coronavirus pandemic after President Donald Trump threatened to sever bilateral ties.

Relations between the world’s two largest economies have deteriorated in recent weeks, with both sides trading barbs over the origins of the virus that has killed more than 300,000 people.

“To maintain the steady development of China-US relations is in the fundamental interests of the people in both countries, and is conducive to world peace and stability,” said foreign ministry spokesman Zhao Lijian at a press briefing.

“At present, China and the US should continue to strengthen cooperation against the epidemic, defeat the epidemic as soon as possible, treat patients, and restore economy and production. But it requires the US to meet halfway with China.”

The comments came after Trump further hardened his rhetoric towards China, threatening to cut ties with the rival superpower completely as relations have steadily deteriorated over the pandemic.

“There are many things we could do … We could cut off the whole relationship,” Trump said Thursday in an interview with Fox Business News.

“You’d save $500 billion if you cut off the whole relationship.”

Trump said that his relationship with Chinese President Xi Jinping is “very good” but added: “right now I just don’t want to speak to him”.

The threat came a week after a trade call between US and Chinese trade negotiators in which both sides stressed their commitment to the Phase One trade deal reached in January.

However, the fulfilment of the deal looks increasingly tenuous in the face of the pandemic and a looming global economic downturn.

In the pact signed in January, China agreed to buy $200 billion more in US goods over two years than it did in 2017 — before the trade war erupted and triggered tariffs on billions of dollars of two-way trade.

Tensions have ratcheted up between Washington and Beijing as they traded barbs over the origin of the pandemic that first appeared in late 2019 in the Chinese city of Wuhan, which Trump has dubbed the “Plague from China.”