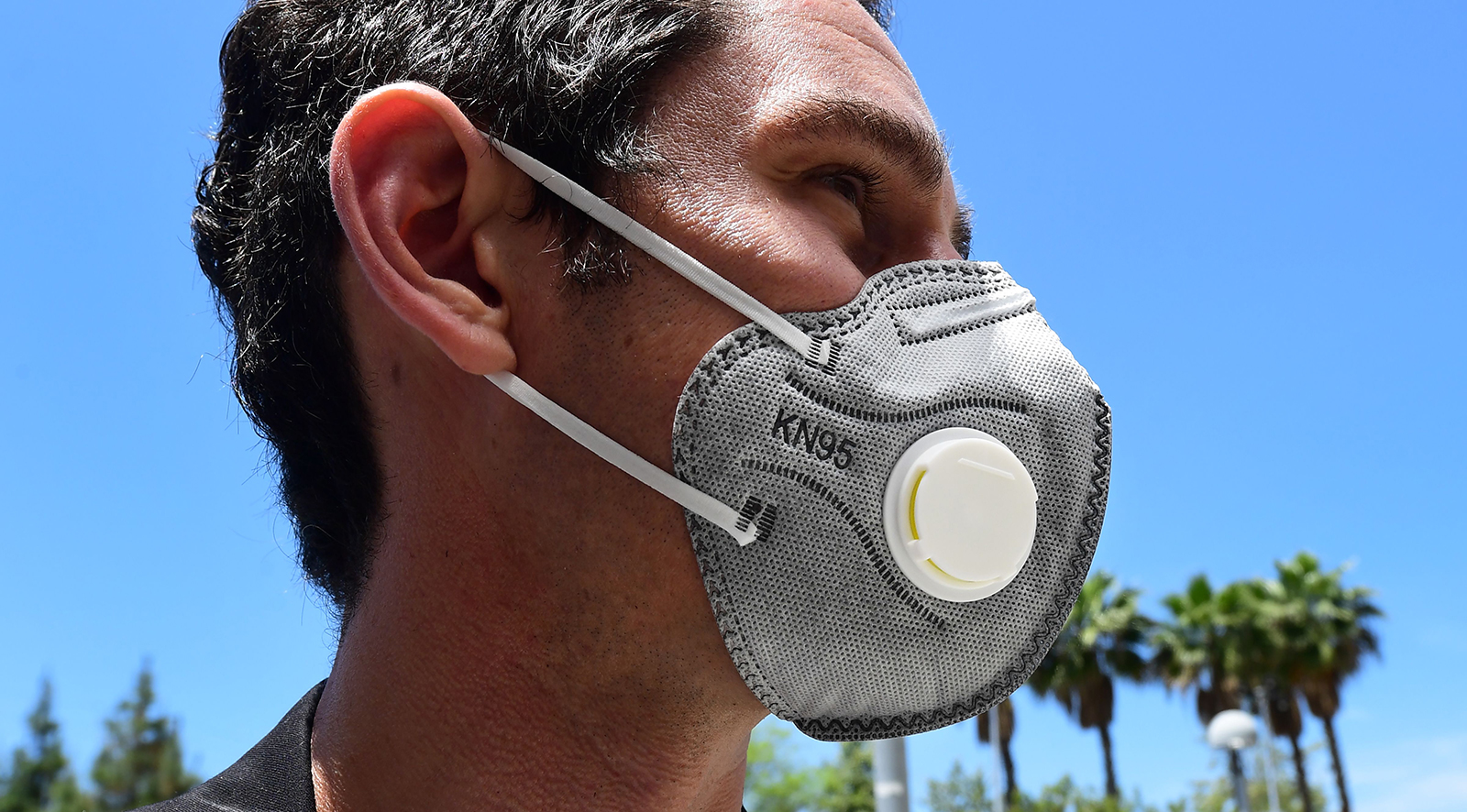 A man wears an N95 mask with filter on May 14, at the LAC+USC Medical Center in Los Angeles. Frederic J. Brown/AFP/Getty Images

Mike Bowen, executive vice president of Prestige Ameritech, a medical supply company in Texas, said today the US dependence on foreign masks has been a national security issue for years.

“Forgive me for being angry; I’m angry because I’ve done this for so, so long. And I’ve been ignored for so long. And I apologize,” Bowen said, fighting back tears.

Bowen made the remarks today before a House Energy and Commerce Committee hearing.

Foreign dependence: Bowen said the issue of US dependence on China for masks is “not some multibillion dollar problem.” The issue, he said, amounts to “people trying to save pennies across the whole United States.”

Bowen said to help end over-reliance on foreign suppliers, the US government should say it is a national security problem. “It requires the (Centers for Disease Control and Prevention), telling America’s hospitals ‘you’re dependent on foreign made masks’ and put them in legal liability. They have to protect their patients and staff,” he added.

“Their masks cost less than the materials. If I take my labor costs totally out, I’m still nowhere near the cost of their products,” Bowen said.