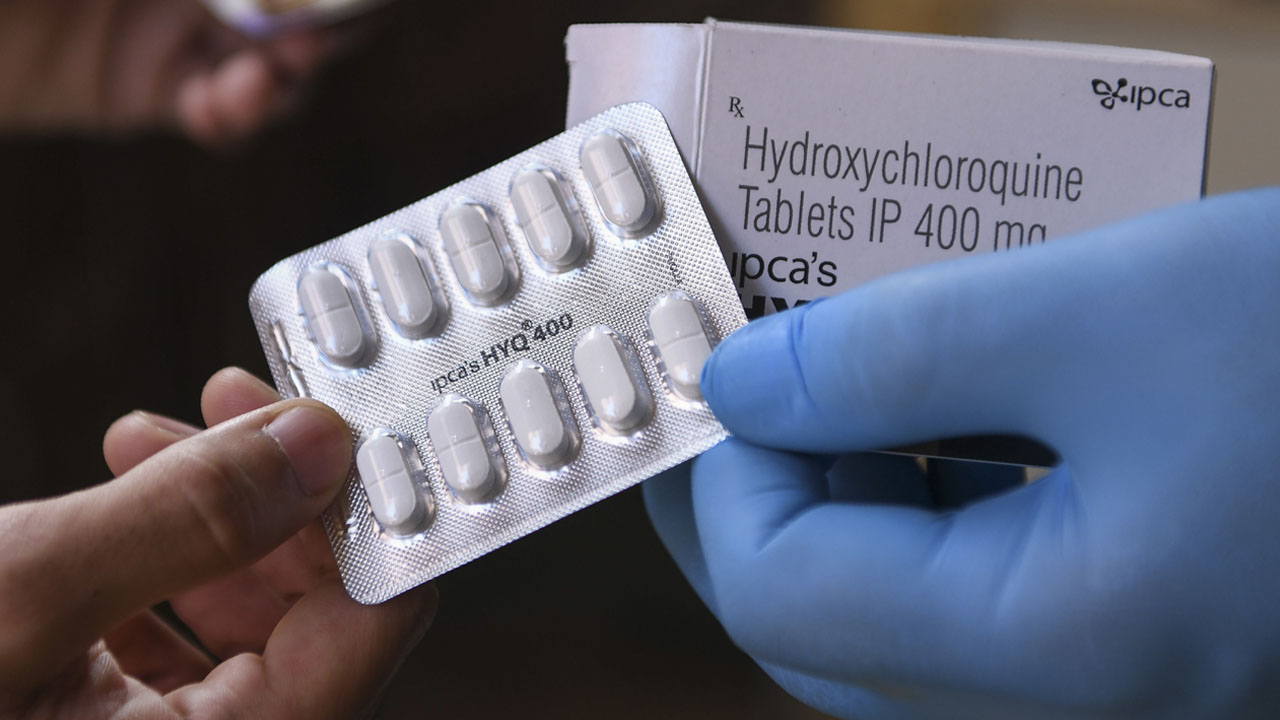 This photo taken on April 27, 2020 shows a vendor displaying hydroxychloroquine (HCQ) tablets at a pharmacy in Amritsar. – India has ramped up output of an anti-malarial drug hailed by US President Donald Trump as a “game-changer” in the fight against coronavirus, even as its pharmaceutical industry struggles to make other key medicines in a lockdown. (Photo by NARINDER NANU / AFP) / TO GO WITH AFP STORY health-virus-India-pharmaceutical by Bhuvan Bagga and Vishal Manve

The anti-inflammatory has been touted by US President Donald Trump among others as a potential “game-changer”, after initial studies in lab settings showed it may be able to prevent the virus replicating.

But several subsequent studies — including one funded by the US government — appear to have doused hopes that HCQ can help patients hospitalised with COVID-19.

In the first study released Friday, researchers in France monitored 181 patients hospitalised with pneumonia due to COVID-19 and who needed oxygen.

Eighty-four were treated with HCQ and 97 were not.

They found no meaningful difference between the groups for either transfer to intensive care, death within seven days or developing acute respiratory distress syndrome within 10 days.

“Hydroxychloroquine has received worldwide attention as a potential treatment for COVID-19 because of positive results from small studies,” said the authors of the research, published in the BMJ journal.

“However, the results of this study do not support its use in patients admitted to hospital with COVID-19 who require oxygen.”

A second study saw researchers in China split 150 COVID-19 patients into two groups, one of which received HCQ.

After four weeks tests revealed similar rates of sustained infection among both groups, though adverse reactions to treatment were more common in the HCQ group.

Nor did the severity or duration of symptoms differ between each group.

Hydroxychloroquine and a related compound chloroquine have been used for decades to treat malaria, as well as the autoimmune disorders lupus and rheumatoid arthritis.

Last month the European Medicines Agency warned that there was no indication HCQ could treat COVID-19 and said some studies had seen serious and sometimes fatal heart problems in patients.