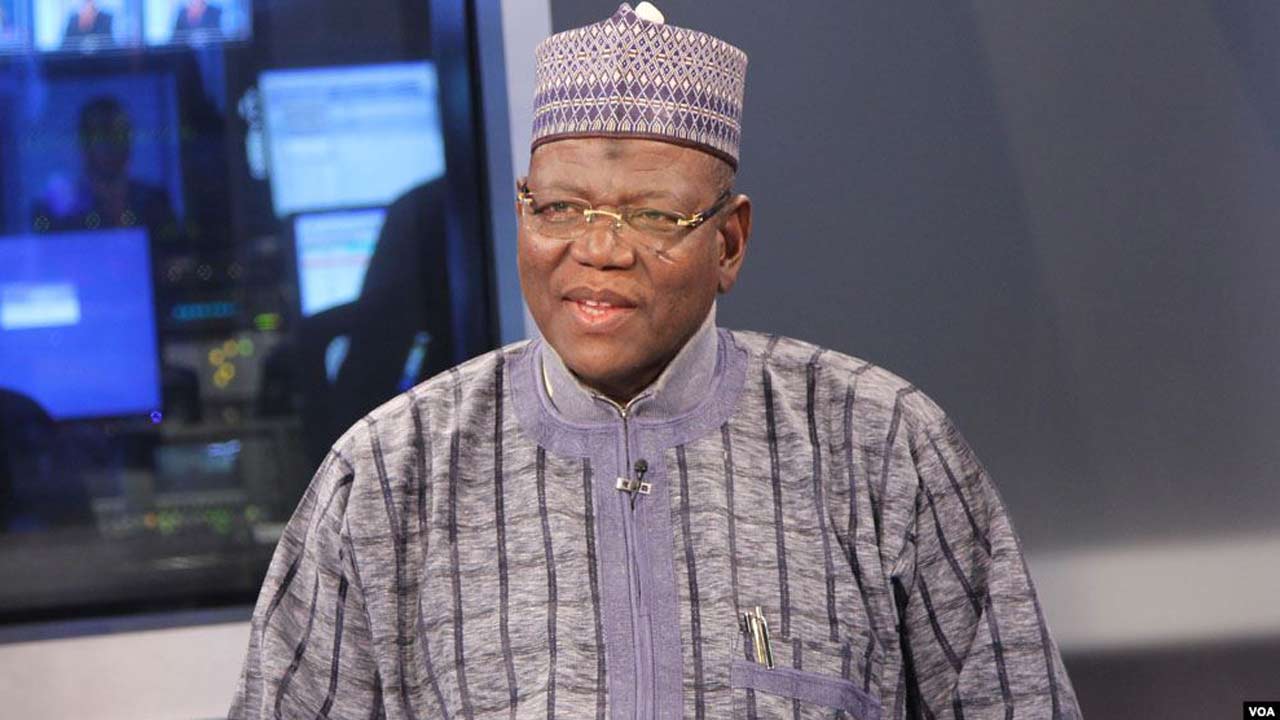 A recent protest staged by a group identified as Northwest PDP Concerned Youth Forum at the Wadata House, National Headquarters of the Peoples Democratic Party (PDP) against the party’s National Vice Chairman in the zone, Senator Ibrahim Musa Kazaure, has continued to raise dust within the party. The group, said to have represented the party’s interest across the Northwestern states, accused Senator Kazaure of anti-party activities and demanded his removal.

The youths, led by one Abubakar A. Rafindadi, who blamed Senator Kazuare for the party’s misfortune in the last general elections, especially in Jigawa state, expressed the belief that the vice chairman was working with the ruling All Progressives Congress (APC) to sabotage the chances of PDP.

Besides the orchestrated Abuja protest, there are unsettled matters rattling the ranks of two heavyweight politicians in Jigawa State, which first erupted when the party started witnessing strange disintegration soon after it lost the 2015 general elections at the federal and state levels.

Although, many saw it coming considering the sore relationship and personal hatred ex-governor Sule Lamido was said to have against President Goodluck Jonathan, which eventually culminated in the defeat of PDP in 2015 general elections, the situation gives some worry to party stakeholders.

However, a PDP stalwart in Jigawa, Salisu Wanzam sees the Abuja protest as a well-sponsored outing by former Governor Lamido to dent the image of Senator Kazaure. Wanzam claimed that those casting aspersions on Kazaure, including the rumour of being planted by APC as a mole to expose PDP’s strategic plans, were simply being jittery of his political pedigree.

Wanzam posited, “It is expedient to mention that Lamido, more than any other person, should be blamed for the woes of PDP in the Northwest zone in particular and the nation at large.”

Wanzam insisted that the picture painted by Lamido’s sponsors to conceal negative antecedents and gross anti-party activities against Sen. Kazaure were intended to generate controversy among party loyalists, who have been suffering because of the dictatorial manipulations of Lamido for decades in Jigawa.

Wanzam emphasised “Right from the formation of PDP in 1998, Lamido’s blind insistence on controlling both the party structure and the gubernatorial candidature led to its woeful defeat in all the series of elections conducted between 1999 and 2003.”

He noted that it was the selfish tendency to build the party around his personality and followership that led to the mass exodus of prominent stakeholders, whose exiting was as a result of Lamido’s domineering disposition, coupled with lack of amiability and diplomacy.

On the allegation of an unholy romance between Senator Kazaure and the APC government in Jigawa State, Wanzam stated: “To strengthen the foregoing allegations on the legendary anti-party activities of former Governor Lamido, it is on record that the Jigawa State APC-led government had duly paid a contract liability to Lamido’s company running into billions as a trade-in to sabotage his party, in addition to a contract from APC-led government in Katsina State for the construction of Rimaye-Sukuntuni road at the cost of N2.6 billion to the company named Solid Stone Project Limited.

“It is also an incontrovertible fact that the Jigawa State leadership of PDP, led by Salisu Mamuda Kuit, was busy and covertly attending meetings with APC-led administration in the state, working out strategies on how to defeat the PDP gubernatorial candidate and other candidates. This is apart from strangulating the Gubernatorial Campaign Council of funds despite the intervention from the national headquarters of PDP as well as that from the presidential candidate. It is therefore ridiculous that he was ignorantly accusing Sen. Kazaure and Malam Aminu Ibrahim Ringim for hobnobbing with APC government.”

Also reacting to the development, a PDP stalwart in Jigawa State, Alhaji Musa Abubakar blamed Lamido for the failure of the party in the 2015 and 2019 general elections in the state. Musa, who accused the former governor of large-scale anti-party activities, narrated how Lamido technically backed out from supporting PDP’s governorship candidate, Aminu Ringim 24 hours before the 2019 general elections. 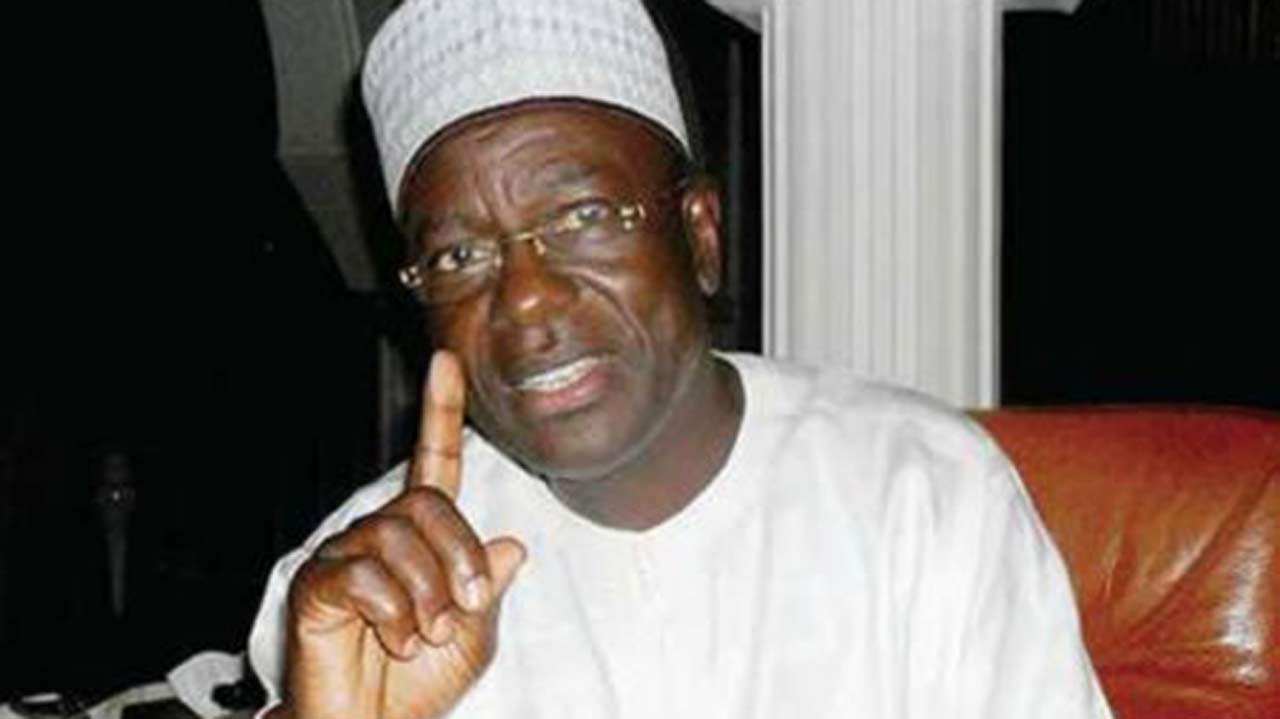 He claimed that the former governor was responsible for the protest and agitation staged by some PDP youths against Senator Kazaure in Abuja. He also disclosed that Lamido was sponsoring several campaigns of calumny against Kazaure who might prove a formidable power block in Jigawa PDP.

Musa said: “As far as I am concerned, Sule Lamido knew how he technically orchestrated the failure of PDP in 2015 and 2019 in Jigawa State. We have evidence to prove the plan put up by Lamido for APC government to take over.

“You can imagine, in less that 24 hours to the governorship election in 2019, Lamido called a meeting at his Maina village. The primary reason for the meeting was to announce that the party had no money to finance party agents during election while we were fully in the know that the party had the money. He did that deliberately to make sure Aminu Ringim lost to APC.”

Jigawa State chairman of PDP, Alhaji Salisu Mamuda, however, exonerated the former governor of all the blames leveled against him by Musa. Although the chairman claimed the party has no problem with Senator Kazaure, he insisted that the party’s loss to APC in 2015 and 2019 was an act of God.

On the alleged withdrawal of party’s financial support for Aminu Ringim on the eve of 2019 elections, Mamuda reminded that the party was disappointed by the action of the governorship candidate who had failed to commit any financial strength in the first place.

Mamuda said: “There is no problem between the leader of the party, Alhaji Sule Lamido and Senate Kazaure. The PDP in Jigawa is not party to the protest that took place in Abuja, and those saying Lamido sponsored it are getting things wrong.

“Yes, the party said there was no money to pay party agents in 2019 and that was because we had no money. Those who claim we had money from the national headquarters should come out with proof. The most unfortunate of it all was the inability of the governorship candidate to put anything on the table.”

Efforts to speak with former Governor Lamido on the allegations leveled against him by Senator Kazuare proved abortive. He neither responded to text messages and calls put across to him. However, with eyes trained on the 2023 elections, PDP says it is planning the deployment of new strategies to reclaim power, more so as the power of incumbency may not work in the Northern states where virtually all the sitting governors will complete their tenures.