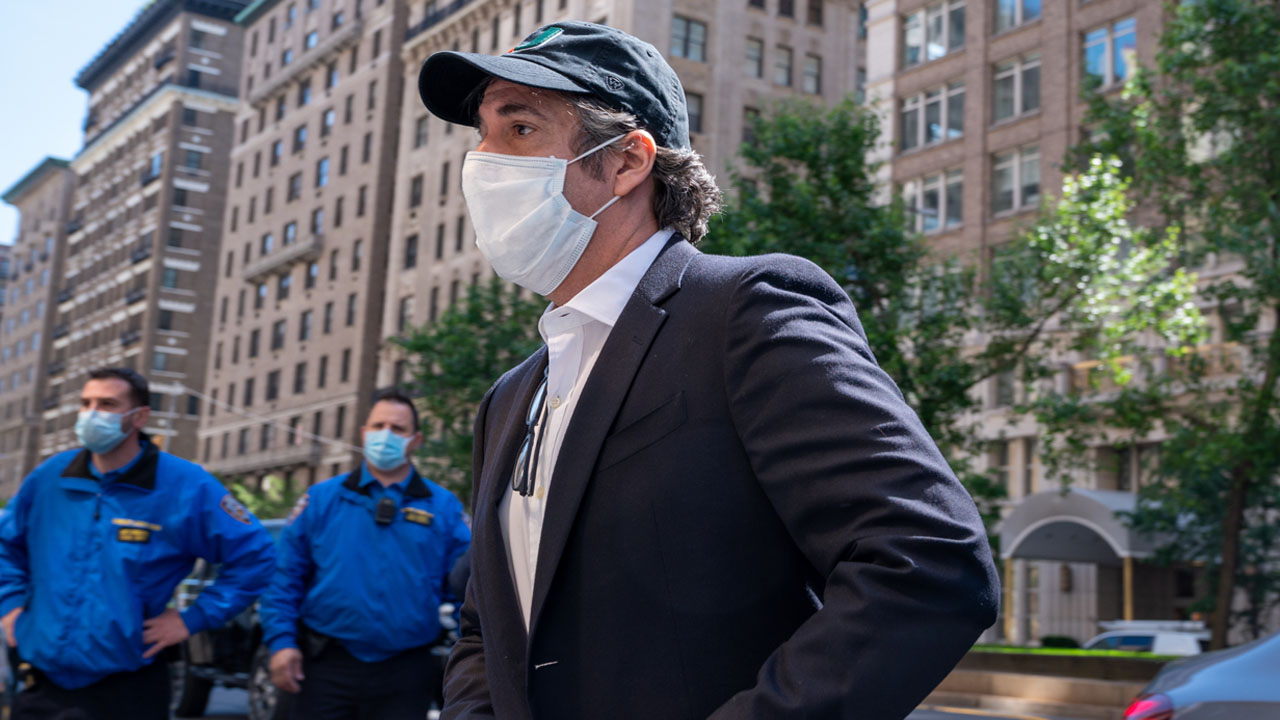 NEW YORK, NY – MAY 21: Michael Cohen, Presidents Trump’s former attorney arrives at his Park Avenue home after being released from federal prison on furlough due to medical concerns related to Covid-19 on May 21, 2020 in New York City. Mr.Cohen was scheduled to be released in November of 2121 from his three year sentence. David Dee Delgado/Getty Images/AFP

US President Donald Trump’s former personal attorney Michael Cohen was released from prison to home confinement Thursday, an AFP photographer witnessed, as part of a push to stem the spread of coronavirus among inmates.

Cohen is serving a three-year sentence after admitting paying hush money to two women who say they slept with Trump, for tax fraud and for lying to Congress.

He nodded to the media gathered in front of his Manhattan apartment as he entered wearing a face mask, blazer and a baseball cap.

Once Trump’s right-hand man, the 53-year-old lawyer fell out of favour with the president who dubbed him a “rat” after Cohen testified in federal court and to Congress.

Cohen, the father of two children in their 20s, was serving his sentence at the Otisville Federal Correctional Institution in upstate New York.

A judge initially rejected his bid for early release over the coronavirus pandemic that has ravaged the state and overrun prison facilities nationwide.

An employee of the Trump Organization for a decade, Cohen has been disbarred but has mentioned plans to write a tell-all book.

Cohen’s release came a week after Paul Manafort, the president’s one-time election campaign chairman, was freed from jail over the coronavirus threat.

The 71-year-old Republican political consultant is also serving the remainder of his seven-and-a-half-year sentence at home.

He was jailed last year for tax crimes, bank fraud and conspiracy charges, mostly relating to his business dealings in Ukraine with Russia-allied politicians and tycoons.

As of this week at least 2,265 federal inmates and 188 prison staff members nationwide have been tested positive for COVID-19, according to the Bureau of Prisons.

At least 58 inmate deaths have been attributed to the highly contagious disease.

Cohen and Manafort are among the 2,932 released to home confinement since March, according to the bureau.

Their early release has sparked anger as prisoners of less means remain jailed amid the pandemic.

“Andrea Circle Bear, jailed for a non-violent offense, died from the virus after giving birth on a ventilator. There cannot be two justice systems,” tweeted Senator Amy Klobuchar, a former candidate for the Democratic presidential nomination.