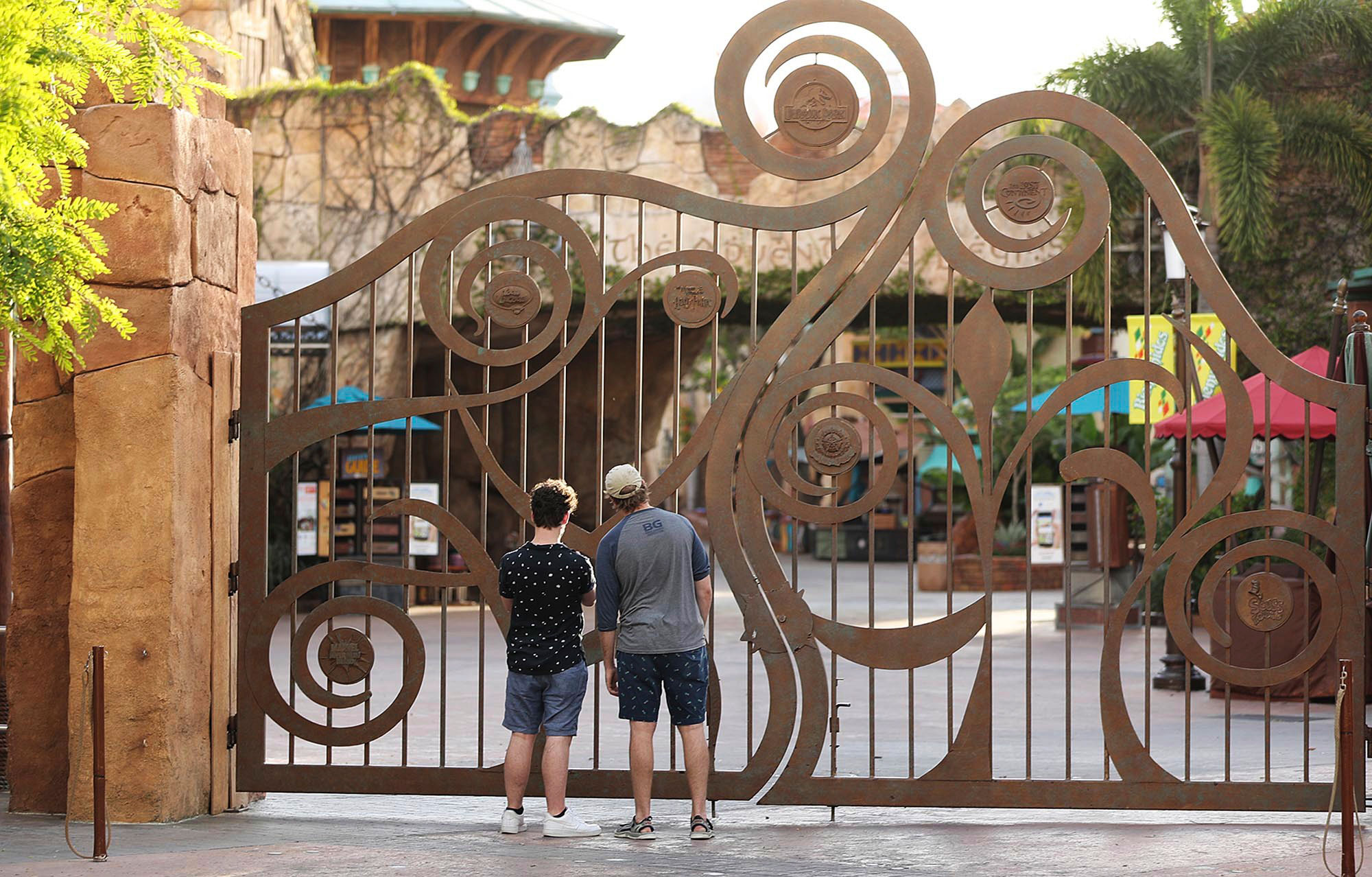 Guests peer through the closed gate to Universal’s Islands of Adventure beside Universal CityWalk on May 14 in Orlando, Florida. Stephen M. Dowell/Orlando Sentinel/AP

In the attached letter, Demings writes that an on-site inspection of safety procedures and protocols was conducted by a team of medical doctors and senior members of the Planning, Development and Environmental Services Department from both Orange County and the Florida Department of Health.

Universal Orlando has presented a plan to begin a phased reopening of its theme parks on June 1, initially only for its own team members.

Here are some details on their reopening plan:

DeSantis said Wednesday regarding theme park reopening proposals, “Obviously I want to get to yes, so I think if you work with your local [officials], you’ll be in pretty good shape.”

Universal has theme parks in Orlando, Los Angeles, Japan and Singapore, all of which are temporarily closed. However, the CityWalk portion of Universal Orlando — featuring shops and dining — partially reopened on May 14.