Ben Burkett is a fourth-generation farmer in Petal, Mississippi.

In recent weeks, Ben Burkett delivered fresh greens and sweet potatoes from his Mississippi farm to one of his longstanding customers, Donald Link, a New Orleans chef and restaurateur who specializes in Cajun and Southern cuisine.

But neither Burkett nor Link made a penny from 3,500 takeout meals Link’s team prepared during late March and April.

The produce — and the meals they were part of — were donated to restaurant workers who were laid off in the coronavirus pandemic shutdown — including more than 400 employees let go from Link’s seven restaurants which have been closed since March 16, like tens of thousands of other restaurants around the country.

Now, even as New Orleans begins reopening, both Link and Burkett worry about the future. And the risks both of them see, going forward, depict a microcosm of the damage and challenges facing the entire national food-service supply chain. That chain links farms and farmworkers, in and outside the US, to companies that pack, transport and distribute their produce, to the restaurants, schools, colleges, hotels, convention centers, cruise lines, sports arenas, theme parks and other businesses that normally serve the food to, well, all of us. 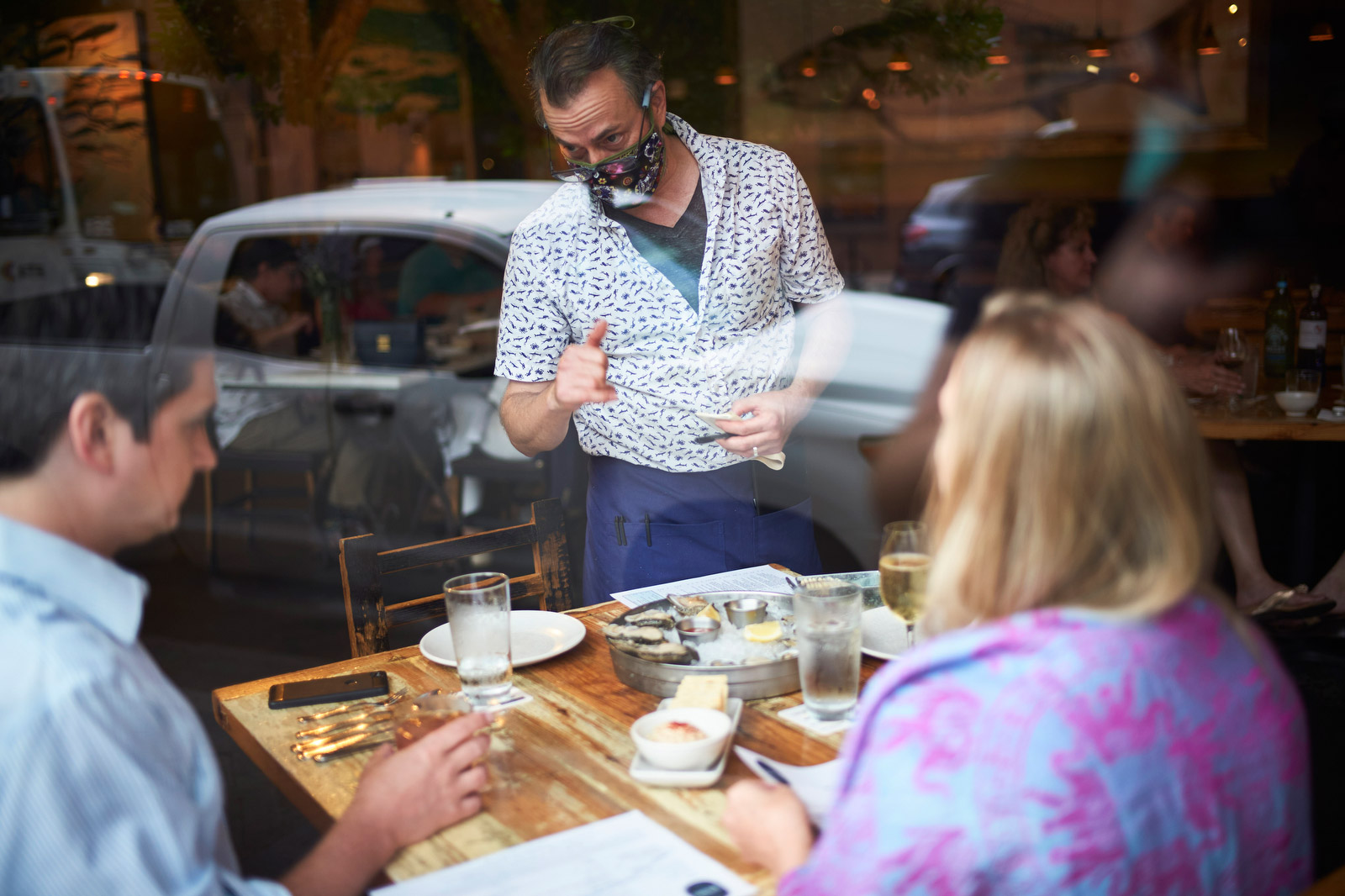 Tim Pew attends to diners at Pêche Seafood Grill in New Orleans on May 20. This was the restaurant’s first day serving customers inside the dining room since the coronavirus pandemic forced them to shut down.

As states start letting restaurants and some other food-service businesses reopen, with varying restrictions, many in the industry fear the disruptions will continue. They worry that patchwork policies on reopening, new waves of coronavirus deaths, and renewed shutdowns will cause further, long-term damage at every link in that chain — from farmers who won’t put seeds in the ground to restaurants, cruise ships and other institutions that won’t serve that produce because they won’t reopen their doors. The National Restaurant Association estimated in early April that up to 15 percent of restaurants around the US that closed may never reopen.

“We don’t know what the food-service sector will look like,” said Jaime Chamberlain, a fresh-produce importer based in Nogales, Arizona. When the pandemic largely shut down the US in mid-March, “I lost about 96 percent of my food-service contracts from one day to the next. That is an incredible hit to my business.”

Now, Chamberlain asks, “Are people going to go back to cruise lines? Will they go to a restaurant that seats 100 people? Will that restaurant be able to operate with the same amount of seating? Maybe there’ll be no more conventions for 1,000 people… I think people are going to be very reluctant.”

Burkett, speaking by phone from his Mississippi farm, shares those and other worries, and not just on his own account.

Burkett marks where he will plant okra seeds. He is the owner of B&B Farms.

“As a farmer, the dilemma I’ve got right now, is we don’t have a market. I’ve got crops going to be there to harvest, and I don’t know if we’ll have someone to sell to or not.” In a few weeks, Burkett said he will have more than 120,000 ears of sweet corn to harvest — all meant to go to restaurants that may or may not need them.

“My biggest fear is the fear of how long this is going to last. I have to decide now what I’m going to plant in the fall. I’ve got to order seeds, get the ground ready,” Burkett said. He’s decided, for example, to go ahead and plant seedless watermelons, so they’ll be ready to sell this fall to the New Orleans school system — and he’ll have to hope the schools are open.

Similar worries afflict far larger operations. Southern Valley Fruit & Vegetable, which owns farms in Georgia, Tennessee and Mexico’s Yucatan Peninsula, donated more than 300,000 pounds of produce to food banks and had to destroy at least at much due to the shutdown, said Jon Schwalls, the company’s executive officer.

“We don’t know how long it’s going to take to come back, and what that looks like going forward,” he said. Southern Valley cut back on planting for May and June. As for whether and what to plant going forward, Schwalls said, “You kind of feel like you’re pulling slot machines, trying to pick which one to pull.” 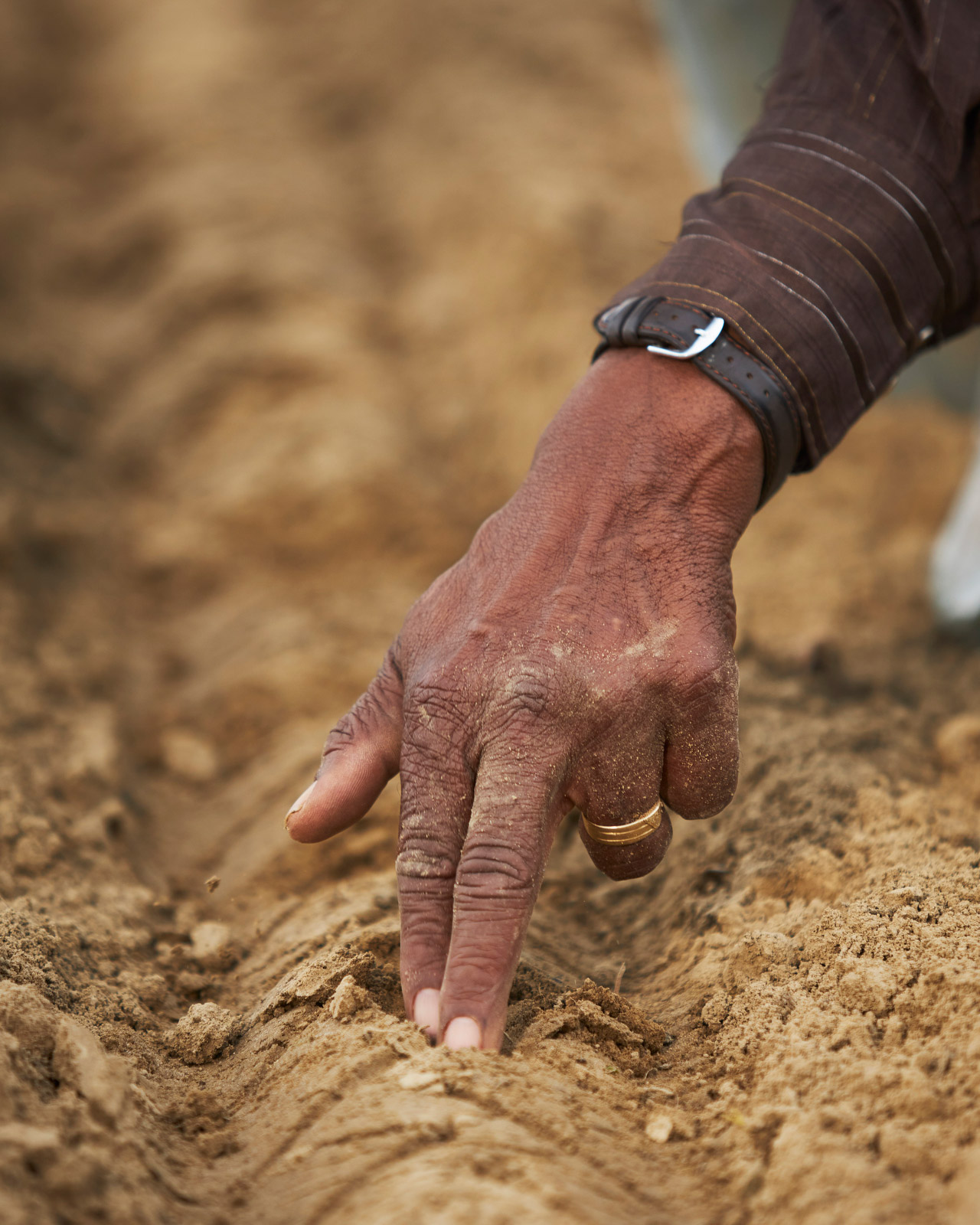 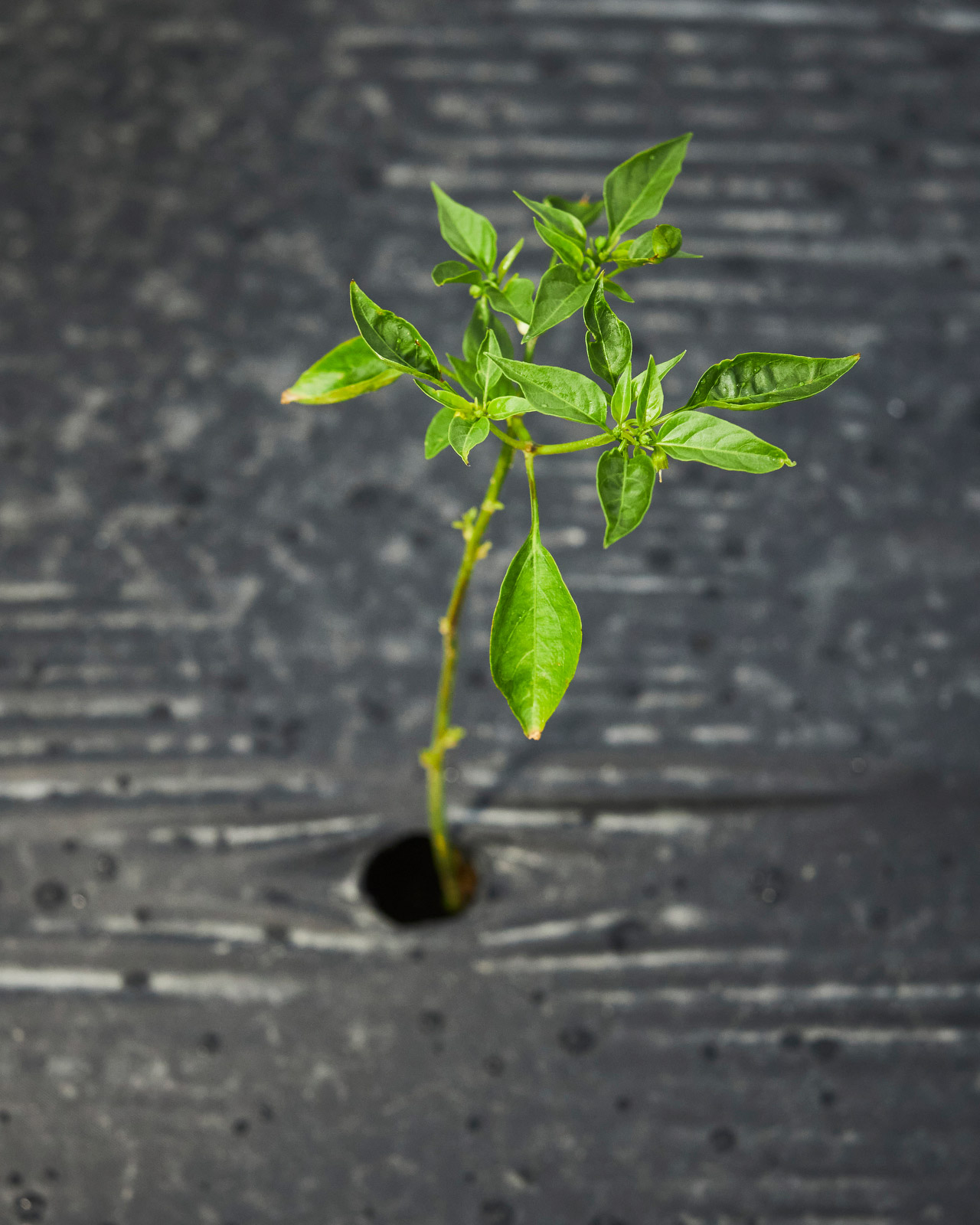 Cayenne pepper plants are beginning to grow at B&B Farms.

Driscoll’s, of Watsonville, California, controls nearly a third of the US berry market. But with the US mostly shut down last month, and exports to Europe and the Middle East hamstrung by airline cutbacks, Driscoll’s dumped millions of dollars of blackberries and raspberries that couldn’t be sold or transported in time to food banks. When meat-processing plants in the Midwest shut down, refrigerated trucks that normally brought meat to California, and then took berries back east, didn’t show up, further complicating matters, said company president Soren Bjorn.

Now, Driscoll’s expects a record strawberry harvest, said Bjorn; but it isn’t clear how much grocery-store sales can make up for the 18%-23% of strawberries that normally would go to food-service and overseas buyers.

“The peak of the California strawberry season is in two weeks,” Bjorn said on May 4. “If we can’t sell that whole peak… the only alternative is to take the berries off the plant and throw them in the ditch… If we freeze them, we’ll get maybe 50 cents on the dollar. If we send them to the juice market, it’s 15 cents on the dollar. … If you can’t recover the cost of the harvest, you’re not going to harvest.”

Bjorn said that he expects the disruptions to continue “for an extended period of time.” 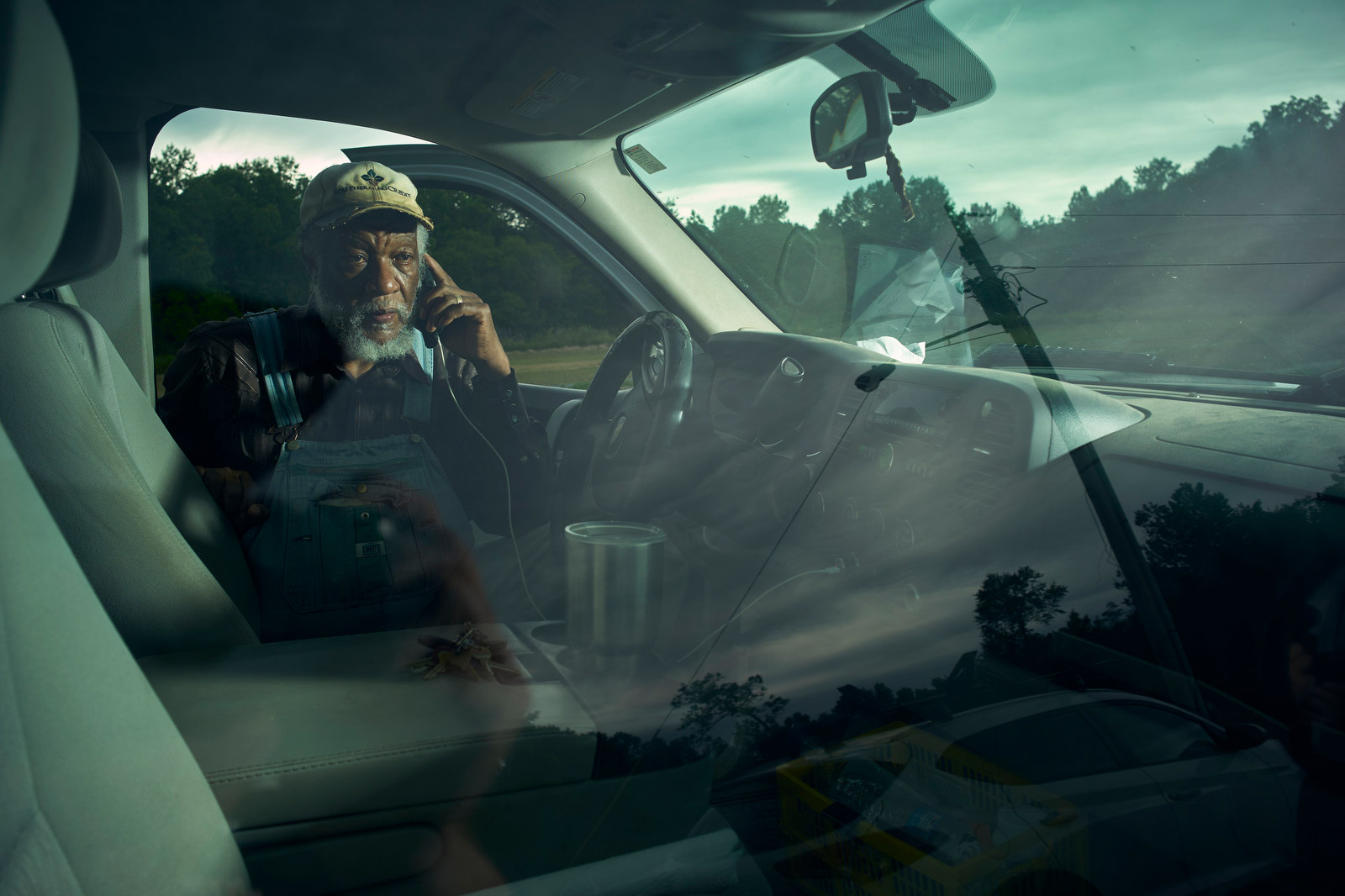 Burkett talks to a customer while checking on his crops.

That prospect may pose the biggest threat to smaller farmers such as Burkett. His family has worked the land in Petal since at least 1831 — the earliest generations as slaves, and, since 1889, as the owners of their own land. He hopes to pass his 326-acre farm to his daughter and maybe one day to his granddaughter.

Burkett needs money to repay loans for his tractor and his seeds. “I’m confident I can sit down with them, talk with them, get them to give me a little time on the back end,” he said of his lenders. Burkett said he can manage, for now; but he worries about younger black farmers with Department of Agriculture loans who could lose everything.

On May 8, the USDA said it had issued more than 200 contracts under a “Farmers to Families Food Box” program to distribute $3 billion in precooked meat, dairy, fresh fruits and vegetables that otherwise would go to waste to nonprofits and food banks. The Federation of Southern Cooperatives, an association of black farmers, landowners and cooperatives, won one of the contracts — for $480,000.

“We try to make sure black farmers are part of the solution, of the resource distribution,” said Cornelius Blanding, the federation’s executive director. 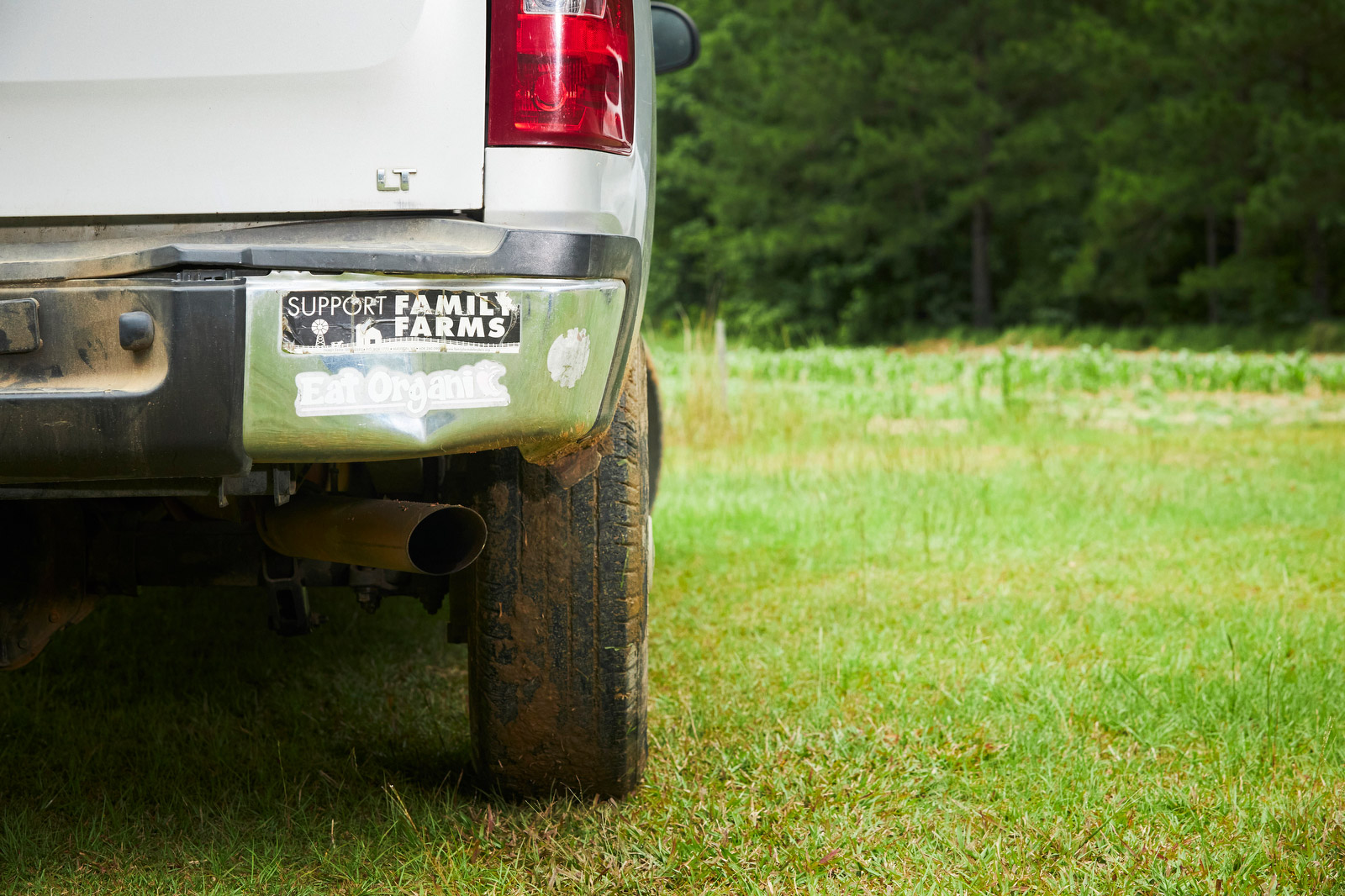 Bumper stickers on the back of Burkett’s truck say “Support Family Farms” and “Eat Organic.”

US farmers also can seek help through the USDA’s $19 billion Coronavirus Food Assistance Program (which provides $100 million a month to buy fresh fruits and vegetables from domestic producers). A week ago, Burkett drove 20 miles to the local USDA office in Hattiesburg and sat in his truck in the parking lot filling out forms for the program. He’s been talking to other members of his local farmers’ cooperative about doing the same, “but there’s still a little distrust of the USDA in black farmers,” he said. That stems from the agency’s decadeslong history of racial discrimination in denying and delaying loans and other assistance to black farmers, leading thousands of them to lose their farms. In 1997, a USDA task force recommended sweeping changes meant to address racial bias at the department; 15 years later, the Government Accountability Office said the USDA had made progress, but still hadn’t fully addressed the problems.

The damage in Mississippi from Hurricane Katrina, in 2005, also led to many farm failures, Burkett said; his local farmer’s cooperative shrank from 56 members to 33. He worries the pandemic will hurt farmers worse than Katrina, because there isn’t a clear end in sight.

In New Orleans, restaurateur Donald Link, who reopened a couple of his restaurants Wednesday “to test the waters,” said he shares that feeling.

James Beard Award-winning chef Donald Link poses for a portrait at his restaurant Herbsaint in New Orleans. The restaurant will reopen in a limited capacity on May 22.

Until mid-March, he said his restaurant group was thriving. “We went from our best numbers ever to doing nothing. On March 16, it was like someone pulled the plug from the bathtub.”

To meet the city of New Orleans’ 25%-capacity safety guidelines, Link said he will move tables 10 feet apart and limit seatings — letting the restaurant Cochon serve a maximum of 160 meals a day, compared with 800 before it closed. “I don’t think we can just shut down the business, fire everyone and wait this one out.”

He is waiting to see how many reservations he gets to determine how much food he’ll need to order from farms and other food suppliers.

Food distributors, too, are struggling. Sysco Corp., the country’s largest food-service distributor, said in an April press release that it laid off or furloughed a third of its workforce. Sysco officials declined requests for an interview. 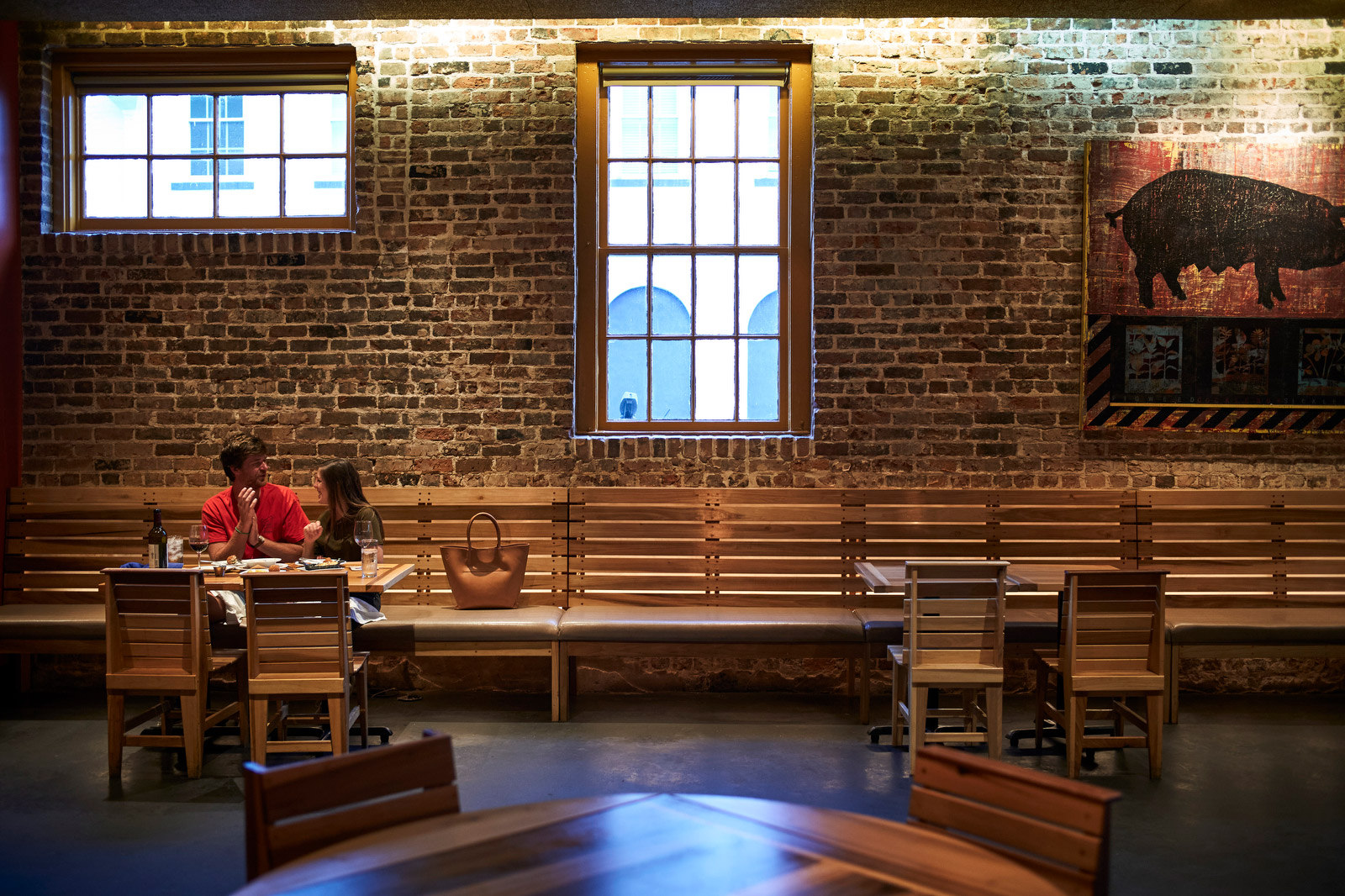 Doug Stream and Rachel Osborn have their first date at Link’s Cochon restaurant in New Orleans on May 20. Tables were spread apart to keep guests from getting too close to one another.

Shub Debgupta, an economist and the founder of Mesh Intelligence, a supply-chain risk-prediction company, agreed. “Right now, people are focused on supply. They haven’t taken into account the bankruptcies that are going to happen around the world, of farmers, logistics and trucking companies. There will be ripples from that.”

To Burkett, the impact of the pandemic shutdown on the food system shows the need for more local infrastructure — for small, local meat processing plants, more reliance on local dairy and produce.

“This whole corona thing, it’s cracking the industrial food system,” he said. “Everybody can see it.” 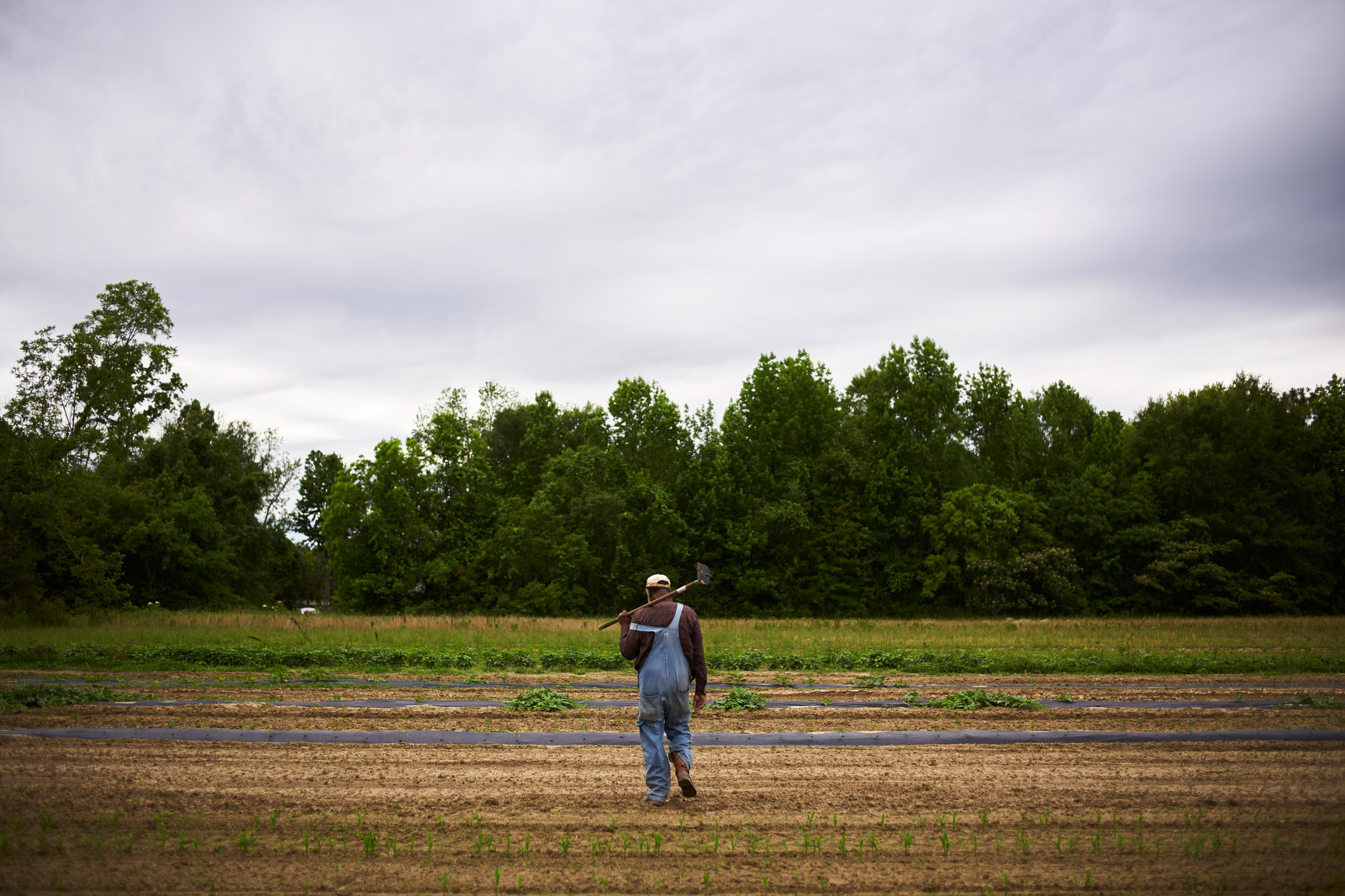 Burkett walks through a field on his farm.