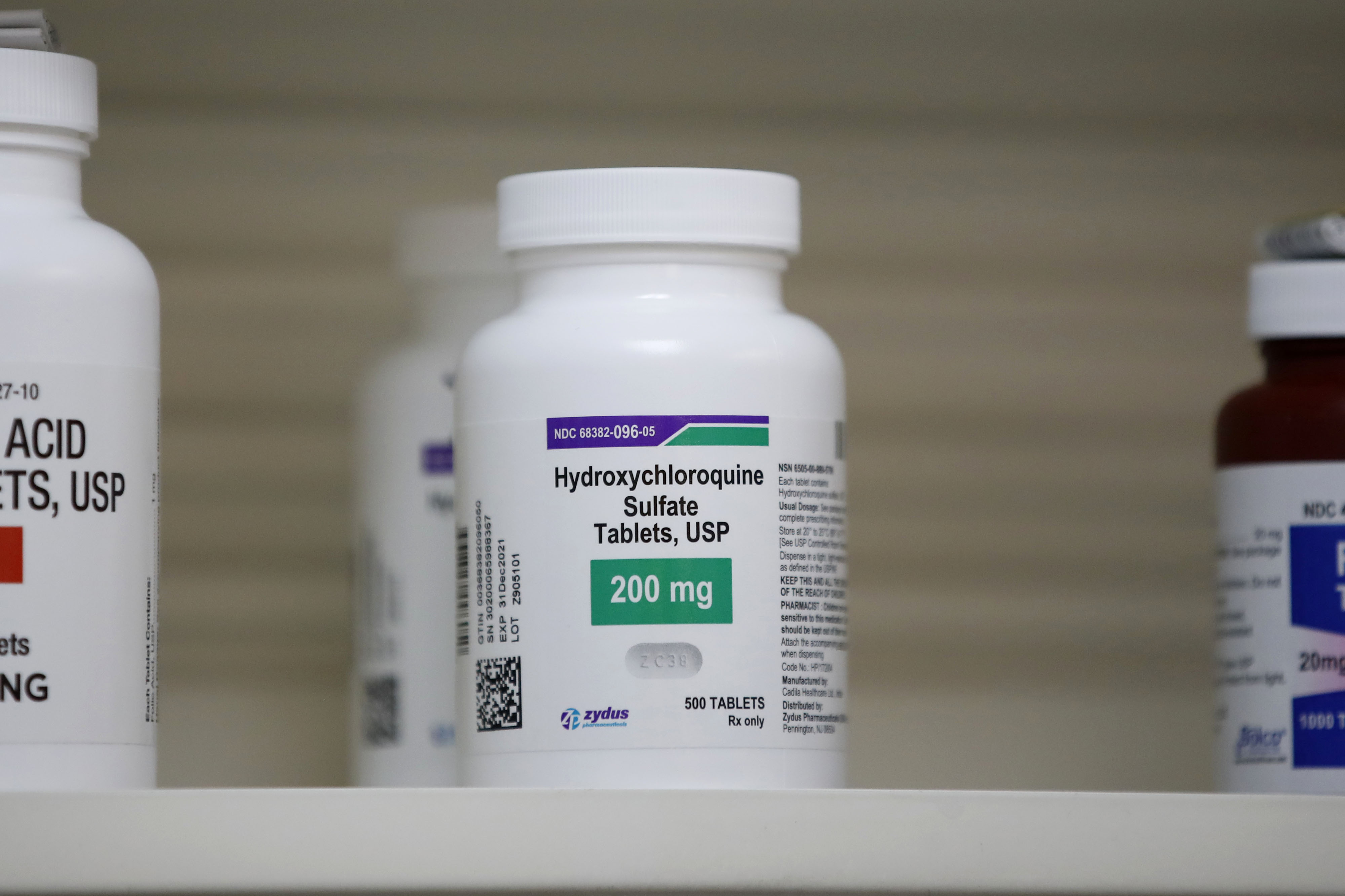 Hydroxychloroquine sits on a shelf at a pharmacy in Provo, Utah, on May 20. George Frey/AFP/Getty Images

Retail sales of the anti-malarial drug President Trump has promoted as a potential coronavirus cure — and claims to be taking himself — have been soaring.

The drug, hydroxychloroquine, has been around for decades but was thrust into the spotlight this spring when Trump began mentioning its name dozens of times during coronavirus briefings.

While it had not been approved for this use, and still hasn’t, he urged Americans to “try it.”

Amid the growing public attention on the medication, its sales doubled from March 2019 to more than $50 million in March of this year, according to market research firm IQVIA, which tracks prescriptions dispensed by retail pharmacies including large chains and mail-order companies.

While the FDA recently cautioned against the use of the drug to treat coronavirus patients outside of hospitals, that warning came after more than 830,000 prescriptions for the drug were filled for the generic and name-brand version of the drug, Plaquenil, in March — up from roughly 460,000 prescriptions written during the same time last year.

The IQVIA data did not yet include April figures and did not capture prescriptions administered to patients in nursing homes through long-term care pharmacies or at hospitals. Data from Premier Inc, a health care purchasing company for more than 4,000 hospitals, shows that hospitals saw a 260% surge in hydroxychloroquine orders in March compared to typical demand.

Some context: As sales have increased, so has scrutiny over the medication’s safety and efficacy in treating Covid-19.

Currently, the drug is only FDA-approved to treat or prevent malaria or to treat autoimmune conditions such as lupus and rheumatoid arthritis. While so-called off label prescribing of the drug to treat other conditions is legal, it has not been found by the federal government to be safe or effective for any other uses.

The FDA’s warning said the agency was aware of reports of “serious heart-related adverse events and death in patients with COVID-19” who were taking hydroxychloroquine or chloroquine, a more toxic variation, either on their own or in conjunction with other medications that affect the heart such as azithromycin.

The agency said in April that the drug should only be used for Covid-19 patients when they can be monitored in the hospital or are enrolled in clinical trials. In a statement this week, the FDA Commissioner said “the decision to take any drug is ultimately a decision between a patient and their doctor.”

Do you have information about hydroxychloroquine? Email us at watchdog@cnn.com

Coronavirus: Trump faces backlash after US quits WHO

This is how loved ones want us to remember George Floyd