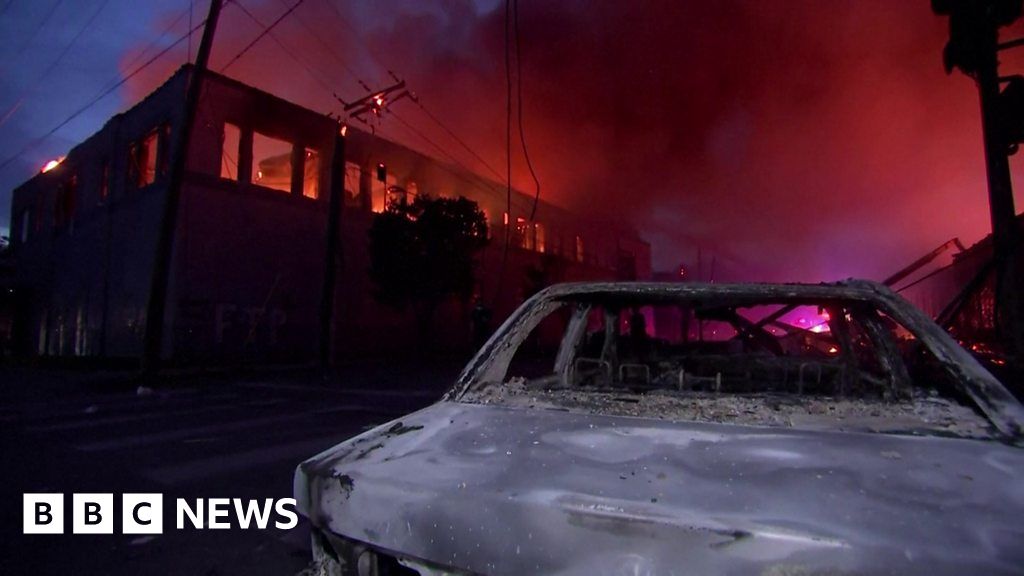 Clashes have broken out in the American city of Minneapolis as thousands of people took to the streets for a second night to protest over the killing of an unarmed black man by a white police officer.

George Floyd, 46, died on Monday. Video showed him gasping for breath as a police officer knelt on his neck.

Tear gas was fired by police, while protesters threw rocks and sprayed graffiti. Buildings were set on fire and shops looted.