Masks and disinfectants can reduce spread of Covid-19 at home, study says 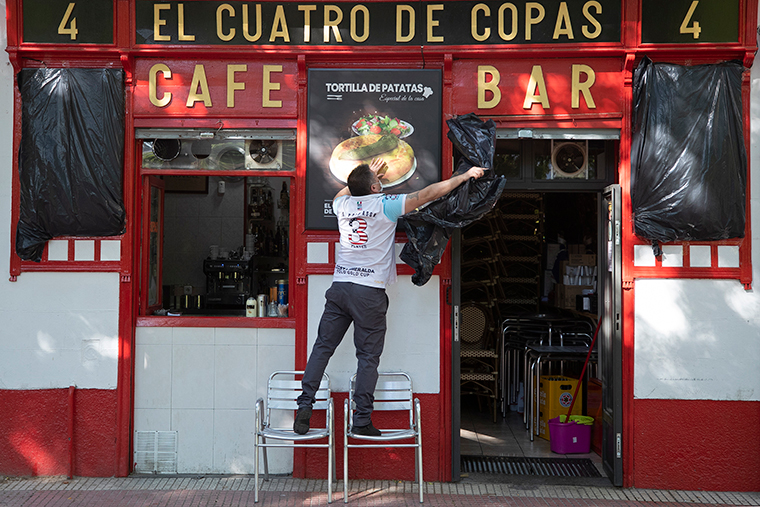 A worker uncovers the front of a bar preparing to reopen in Madrid, Spain, Monday, May 25. Paul White/AP

At the start of this week, just over half of the population was still on the more restrictive phase one.

Along with Illa, Spain’s director of the Center for Health Emergencies, Dr. Fernando Simón, announced that parts of the regions of Castilla, Valencia, Catalonia, Murcia, Andalucia and Castilla and Leon will move to phase two, which allows meetings of up to 15 people who don’t live together, some restaurant service indoors, and the opening of stores, cinemas and museums but with occupancy limits.

Meanwhile, four small islands in Spain’s Balearic and Canary Islands, with low rates of Covid-19 infections and a combined population of 45,000, will advance to phase three, which eases even more restrictions on movement and gatherings.

“The data is good, we are in a good way, but I have to insist: it’s very important to know this is a very complex phase and to maintain an attitude of individual responsibility because a mistake can put at risk everything we’ve done so far,” Illa added.

The Madrid region, which includes Spain’s capital and surrounding cities, will still remain in phase one without any changes, the health officials explained.

“All of this evolution is due to the effort made by the population and the health system to control this epidemic,” Simón said.

Simón also told reporters that “small re-emergences” have been identified very quickly and are being closely monitored by local authorities to “avoid a new outbreak and maintain this favorable tendency. This tendency is what allows us to move different parts of the territory to the different phases of the transition,” he added.