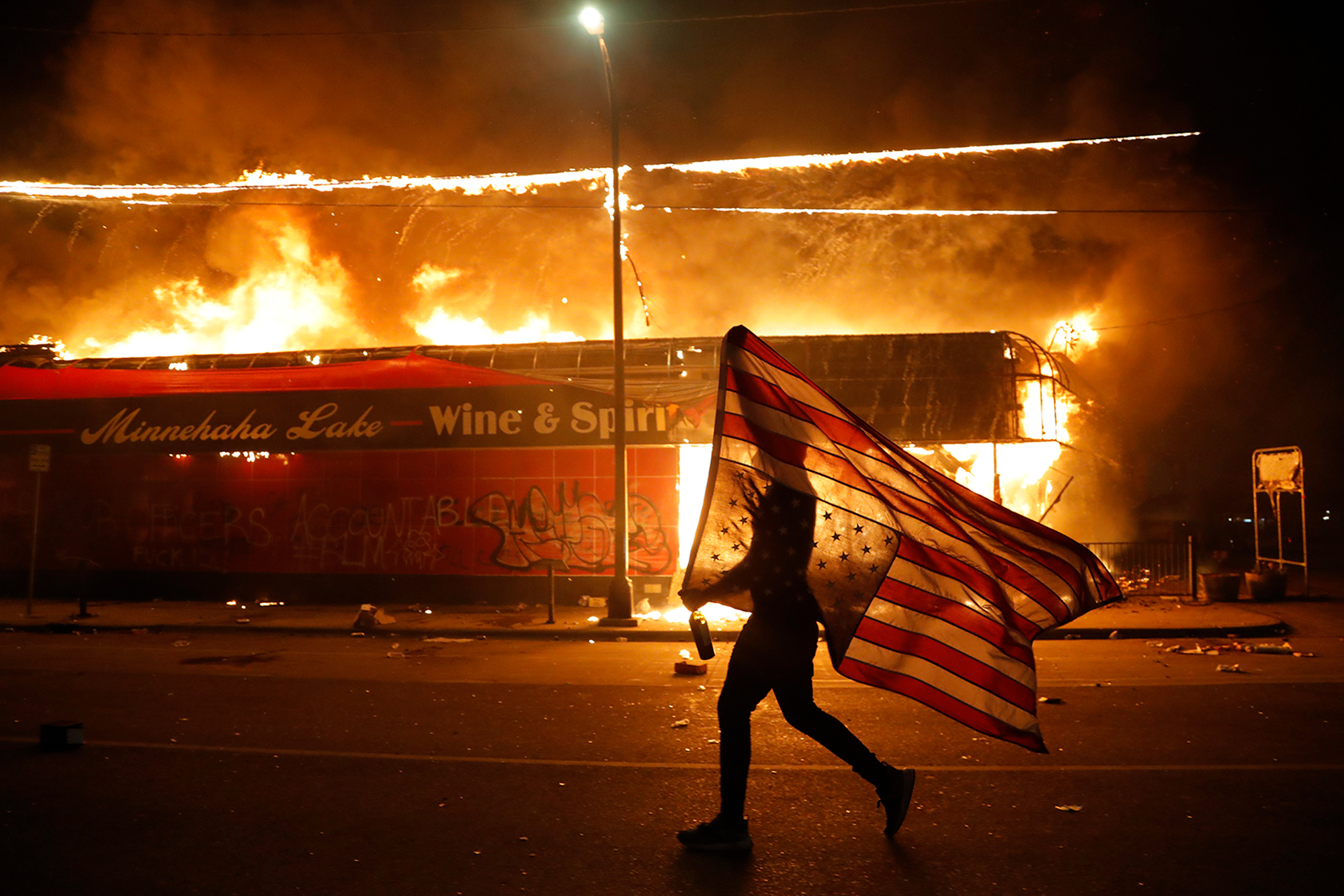 A protester carries the carries a U.S. flag upside-down, a sign of distress, next to a burning building on May 28, in Minneapolis. Julio Cortez/AP

Protests swept across a number of major American cities on Thursday, with crowds taking to the streets to demand action against police brutality and accountability for several related deaths.

Minneapolis and St. Paul, known as the “Twin Cities” of Minnesota, both saw huge protests. In St. Paul, protesters faced off against riot police, batting tear gas canisters back and forth. More than 170 businesses were looted or damaged by the protests, police said. 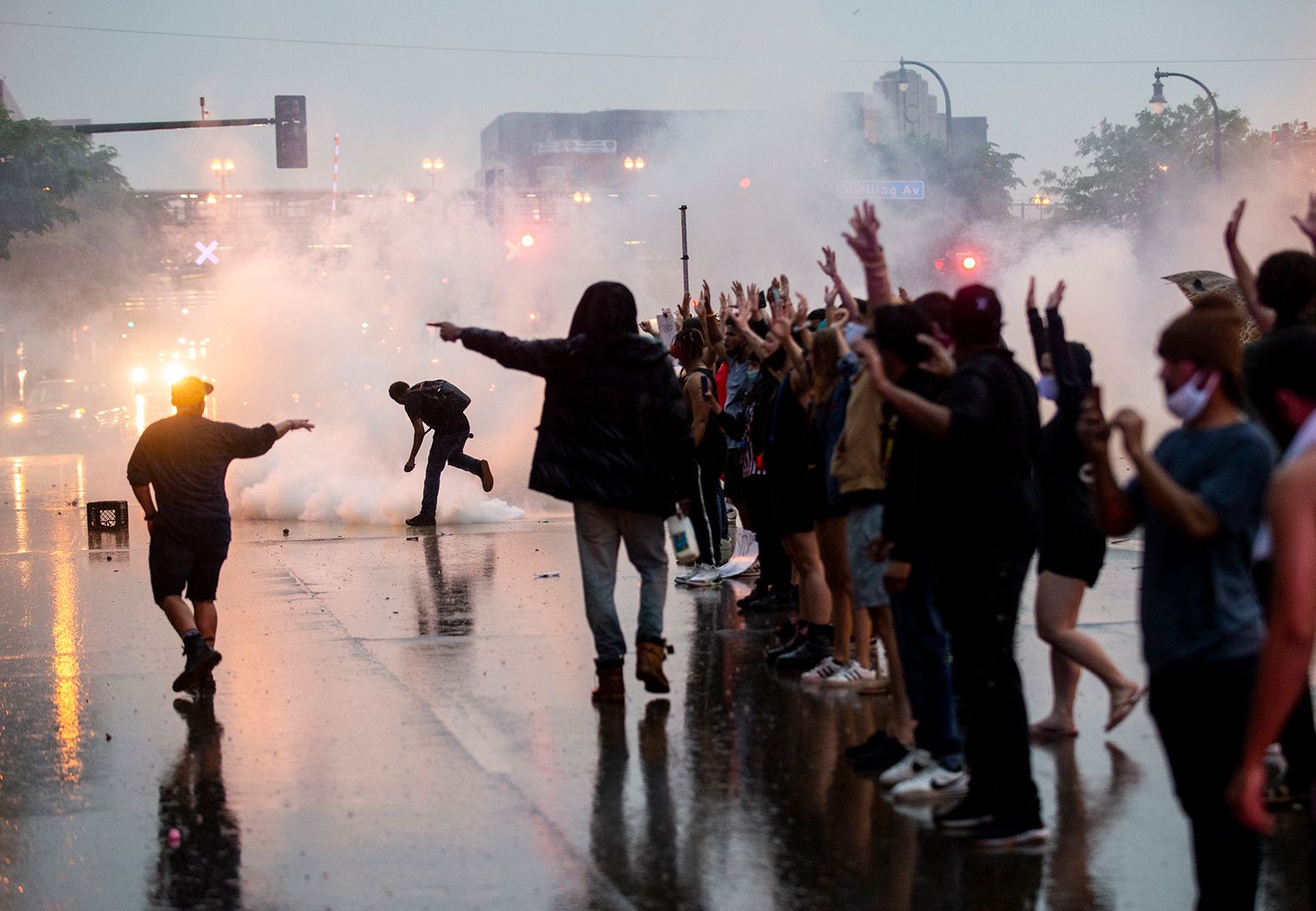 Tear gas is fired as protesters clash with police while demonstrating outside the 3rd Precinct. Stephen Maturen/Getty Images

And in Minneapolis, thousands of protesters surrounded a police precinct and set it on fire. They spray-painted the sides of the building, tried to climb up it, and cheered as the flames engulfed the building.

All staff inside had been evacuated prior to the fire. 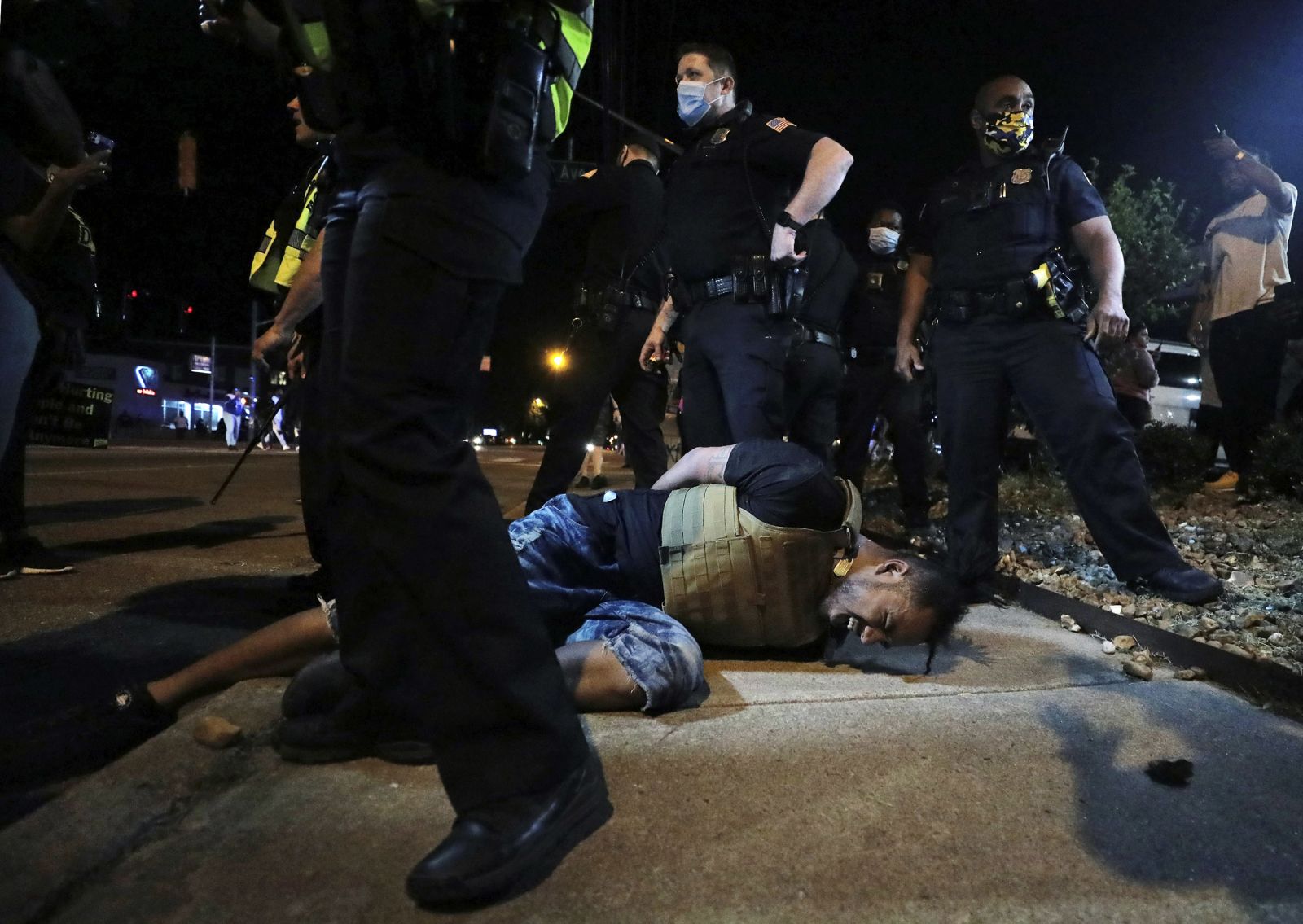 A protester winces in pain after being sprayed with pepper spray by police during a demonstration near the Memphis Police Department precinct in Memphis, Tennessee, on May 28. Patrick Lantrip/Daily Memphian/AP

In Memphis, Tennessee, protesters marched through midtown for several hours. They held up signs demanding justice for several black Americans who had recently been killed — George Floyd, Ahmaud Arbery, and Breonna Taylor. 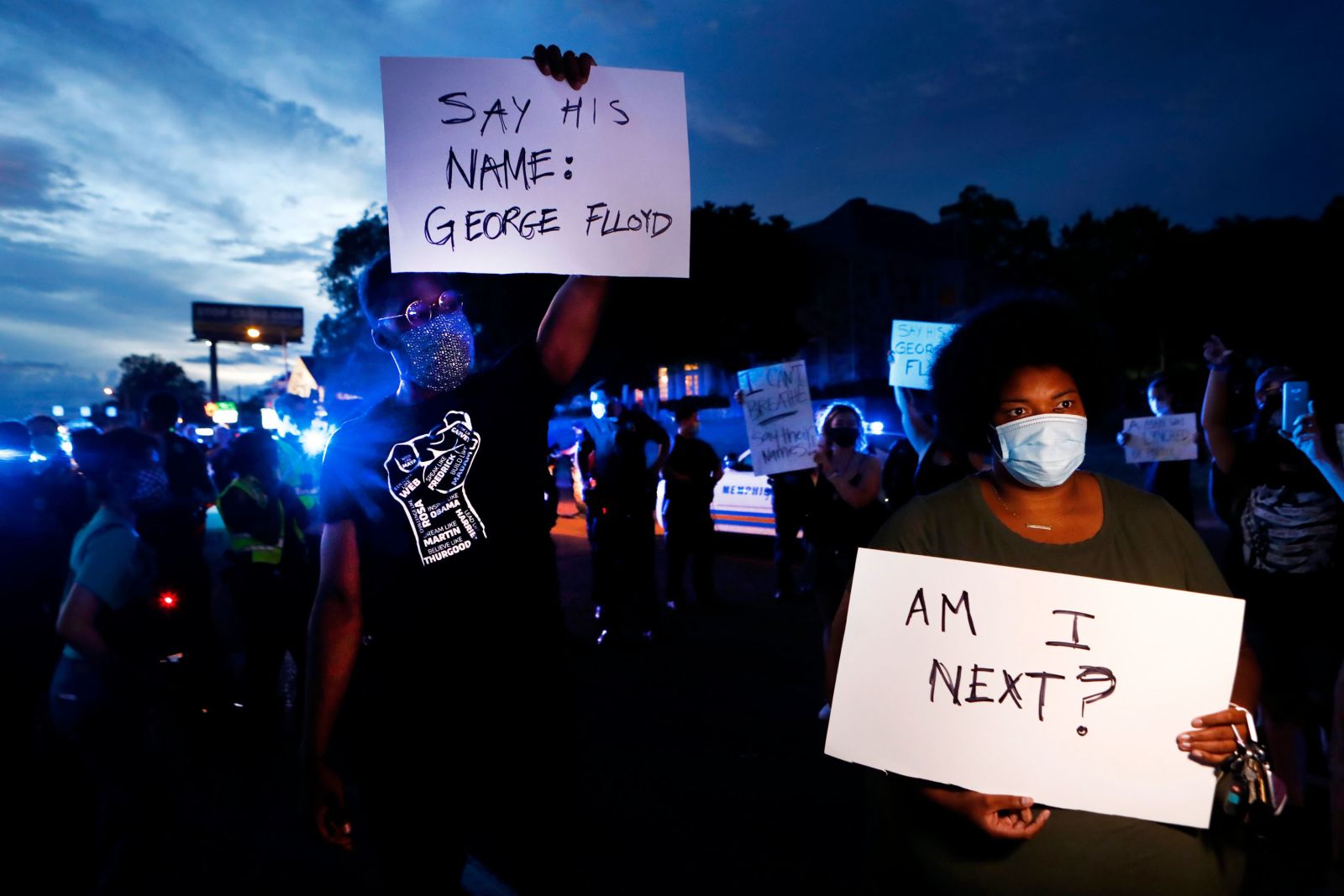 The protests also escalated into violence in Louisville, Kentucky, where Taylor lived and was shot by police in March.

Shots were fired in the crowd during the protests tonight, said police special advisor Jessie Halladay.

Protests also took place in other cities like Denver, Colorado, and Phoenix, Arizona.

See the full gallery of protests across the US: