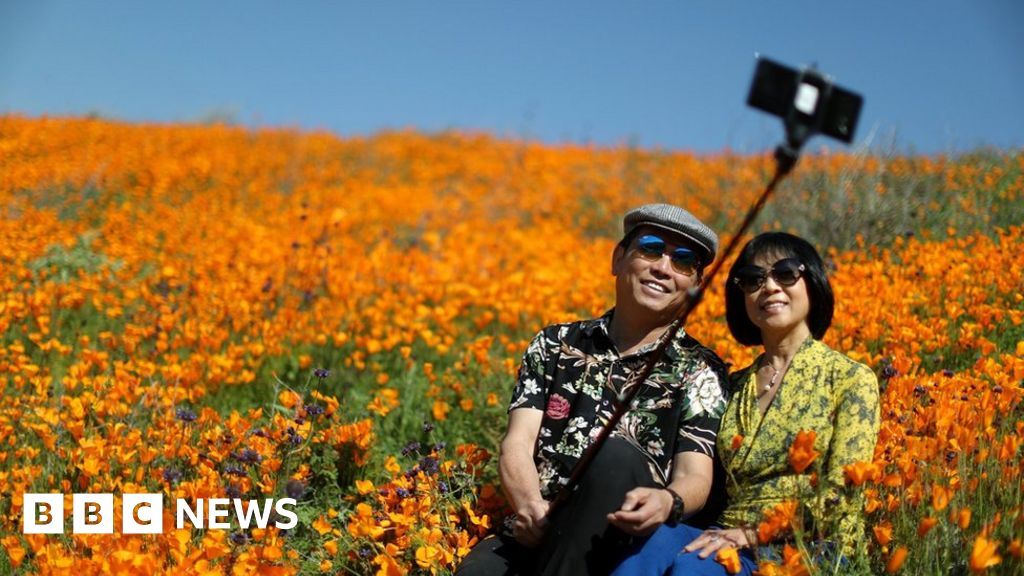 Instagram has been called “the friendliest social network ever”, and I think that accounts on this platform are accustomed to being able to post whatever they want without any critical feedback. The prettier the picture the better, no matter what laws/rules had to be broken to create it. The few people who are willing to voice their critical feedback are usually ignored, told they are just being negative, or that they need to stop policing “art”. . If you think adults deserve to be coddled, to have their hands held, or should be ignored when they repeatedly lie and break the law, there are plenty of accounts you can follow that conform to the status quo and take that approach. @publiclandshateyou isn’t one of those accounts. I call it like I see it. Is the approach here salty, sarcastic, and snarky? Yes. Is it effective? Yes, I think it is. I understand that no one is perfect. People screw up. I screw up. And that’s ok. Life is a learning process, however when the response to a harmful mistake is excuses, ignorance, and lying rather than learning and growth, there needs to be a level of accountability. Unfortunately, IG & FB have decided that preservation of our environment is not a priority and have chosen not to provide a way to report illegal/harmful actions on our public lands. That leaves it up to us, the peers of people who post harmful actions, to voice our opinions and make it known that we don’t support illegal and harmful actions on our public lands. The goal isn’t to bully, insult, or make people feel bad, but to show with polite and educational dialogue that we don’t support illegal and harmful behavior on our public lands. The goal is to change the social norms around what is acceptable on our public lands, and that change requires a lot of voices. Change never happens by following the status quo. People have to get out there and stick their heads out. Is that going to make some people uncomfortable? Yes. But our public lands don’t have their own voice, so that means people like you and I need to step up and be that voice, speak out for what we believe in. No one is going to do it for you and our public lands are not going to protect themselves.

One man has made it his mission to stop bad behaviour by social media stars in national parks and public spaces. But not everyone’s happy with his methods.

“There’s a picture of me just a few months old and in a backpack, with my parents taking me for a hike through a national forest where I grew up,” says Steve. “And as I’ve grown, my love of the outdoors has grown.”

But also growing is Steve’s frustration with influencers trampling over his beloved open spaces to get that perfect photograph.

“I drew the conclusion between the rise of this disrespect and the rise of Instagram and social media,” he says, speaking to the BBC from a mostly rural area in the western US. “So I decided to start an Instagram account, to fight fire with fire.”

Steve – we’ve agreed not to use his real name because of threats he’s received – started an account called Public Lands Hate You in 2018. It wasn’t long before it went viral.

In early 2019, heavy rains came to southern California, including Walker Canyon, a chunk of public land an hour’s drive east of Los Angeles.

“It was a wet year for us,” recalls Brian Tisdale, mayor of the nearby city of Lake Elsinore. “And when you get rain, it creates the perfect conditions.”

Perfect conditions, that is, for an explosion of wildflowers.

“It was a sea of orange. Just every hill was covered with flowers. It was absolutely stunning,” says Mayor Tisdale. “People started pulling off the road to come and look at the flowers.

“It started this social media frenzy,” he says.

Listen to this story

Download the Trending podcast from the BBC World Service

The hashtag was #Superbloom. Attracted by social media – and old-school media as well – Walker Canyon became a tourist attraction, causing queues on the nearby highway and gridlock in Lake Elsinore itself.

Influencers – and some unfamous social media users as well – took photos while trampling the flowers, going off the trail and picking the blooming poppies, all of which are against the park’s rules.

At one point, authorities were even forced to temporarily close Walker Canyon. The crowds kept coming until the flowers faded away into summer.

His fans sent in dozens of photos of people in Walker Canyon breaking the rules. He now has more than 75,000 followers – ironically making him something of an influencer himself.

He’s not alone. Other accounts do similar work – they have names like InstaWrecked, National Parks Hate You and Keeping Iceland Beautiful.

Steve emphasises that he always tries to work with people rather than against them. He says he first tries to approach Instagrammers privately, to get them to add educational captions to their photos or take down particularly egregious shots.

He has won some converts. Jae Fusz is an Instagrammer who flocked to another California superbloom this year – in Antelope Valley, north of LA.

He posted a few shots on Instagram, including this one:

The backlash was immediate. Steve got in touch in the comments section, calling him up on picking and walking over the flowers. Jae thought about it – and posted an apology.

“Each year hundreds of people come and destroy these flowers,” he wrote. “I’m posting this in hopes of educating the next person who goes to take photos near them and not trample over the flowers like I did.”

Not everyone is so accommodating. If Steve is blocked or ignored, he reposts the photo, and contacts companies who sponsor the offending Instagrammer.

“The most efficient tool in our faced-paced and ever-evolving social media culture is calling out illegal and harmful behaviour,” he argues.

And, unsurprisingly, that’s earned him a few opponents.

Ania Bonyetska works with her husband to post stunning images from all across the globe. She has over 100,000 Instagram followers.

“A lot of our work revolves around travel and taking photos in beautiful places,” she explains. Walker Canyon’s 2019 superbloom was, she says, a “must see”. She visited and shared three posts including this one:

They got the attention of Steve’s fans. While Ania says she never got a message from him, Steve says he did try to get in touch. Ania’s photo went up on Public Lands Hate You.

“As soon as they posted,” Ania recalls, “we got a flood of incoming hate.”

She is adamant she didn’t do anything wrong, and she filed a copyright complaint to Instagram to get her photo taken down from Public Lands Hate You.

Steve says he discourages harassment and tells his followers to stay respectful. But when it comes to his core mission, he’s not backing down. His latest project is a “bad influencer list” – a roll call of repeat offenders.

“The idea is for it to be a resource to companies, as well as a deterrent to influencers who use our public lands in illegal and harmful ways,” he says.

“Word is getting around in influencer circles that there’s this grassroots group… who are fed up with their behaviour,” he notes. “The tide is still headed in the wrong direction, but it is starting to turn.”

Is there a story we should be investigating? Email us