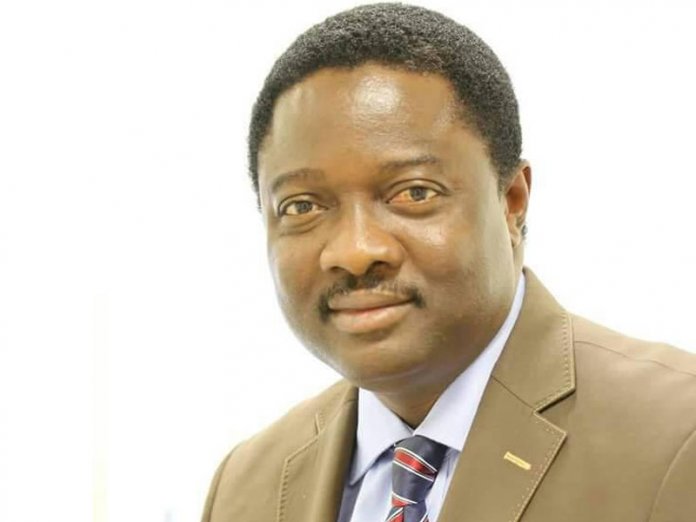 Kemi Olaitan holds a discussion with Hon. Abiodun Muhammed Fadeyi, Deputy Speaker, Oyo State House of Assembly on the N22.5 billion loan approved by the House for Governor Seyi Makinde, the activities of the House and the Executive Order signed by President Muhammadu Buhari on financial autonomy for state legislature and the judiciary

What are the activities of the Oyo State House of Assembly in the last one year?

The activities of the legislative arm of government in Oyo state since inauguration has been hectic. Hectic in the sense that we have been trying to ensure that we do our work as we should do it as lawmakers. I am sure that you are aware that the major thing we are here to do is to make laws for the good governance of the state apart from our oversight functions. That is what we have been doing in the last one year. We have been up and doing to ensure that bills brought in by the executive or private members bills are treated in such a way that we can beat our chest to say that we have done a good job at the end of the day. The activities of the house have been very hectic despite the recent COVID-19 pandemic. We have been up and doing.

Since the inception of democratic rule in 1999 till date, Nigerians have been referring to state legislature as rubber stamp. I am not surprised if they say that. The most important thing is that when the executive sends in a letter requesting for a loan, what we usually do is to scrutinize it. We look at the essence of the loan. In governance, there are two things to it, some loans are meant for consumption, others are meant for development of government policies, be it in health sector or infrastructural development or energy sector, it could be in the area of agriculture.

This particular loan that you are talking about was tied to infrastructural development of the state. As a responsible House, when we went through the letter, we came together and said, ‘why delay it?’  We never hear that when you put honey in someone’s mouth, he spits it out. Have you heard of such? The government is trying to build new things in my state- motor parks, the Iwo Road interchange bridge and many others, so there is no reason for me or the House not to give such a request accelerated approval.  Are you aware that the only overhead bridge we have in the state was built by the administration of Major General David Jemibewon (rtd), while the second one was built by the administration of Senator Abiola Ajimobi at Mokola?

This new one that is coming out in Iwo Road, the interchange bridge and other infrastructural developments will attract investors into the state. Now, if you are coming from the North and you are approaching Ibadan through Iwo Road, have you ever been held down in a traffic jam there? The more reason that the new government said we need to do something about it. That area has been redesigned and that is what the money is meant for.

And just recently in the cause of celebration of his first year in office, Governor Seyi Makinde, flagged it off, if you go there now, you will see the signpost. As a lawmaker representing my people in Ona Ara, and I hear such thing that they want to do, so, I will turn the executive down that I am not going to allow it, who does that?  Come to think of it, even at the federal level, are they not approving loans for President Muhammadu Buhari? So, we should be careful of what we say that the legislative arm is a rubber stamp. They did not say that they want to use the money to build hotels for the lawmakers.

President Muhammadu Buhari recently signed the Executive Order on financial autonomy for state legislatures and the judiciary. Of what impact do you think that will be to the state houses of assembly?

The Executive Order seeking financial autonomy for state houses of assembly is a beauty for democracy. It is a good thing in the right direction, vis-à-vis what the legislative arm of government has been turned to as ‘rubber stamp’. Truly we are not rubber stamp. If you come here and see what we have been doing, you will appreciate us. The President has done well, whether the decision he took at this point in time to sign the Executive Order 10 is political or otherwise is left to him, but he has done his own as the President and Commander-in-Chief of the Federal Republic of Nigeria.

Now, you know that the Nigerian Governors Forum (NGF) said that it is not implementable. Why did the President not sign when the oil of this nation was booming or when things were okay? Why is that it is now during COVID-19 that the President is signing it? We welcome it wholeheartedly as lawmakers. Politically they know the game they are playing. It is like when you dash somebody a ram, you need to release the rope. If you want to give us autonomy, it is better to give us when the economy is okay.

Like my father will say, will you pass a vote of confidence on your enemy or an opposition? Why wouldn’t we pass a vote of confidence on our Governor when we see that he is doing well? We appreciate him for being in office for one year and we like his style of governance. I don’t know why people read meaning into it. There are rumours that they lodged us in a hotel; this and that.  I am a media practitioner; I don’t join them in peddling rumours. What we did was to tell the whole world that our Governor and his deputy are doing well.

How many bills has the House passed into law in the last one year?

If we put it together now, we are looking at about between 90 bills and motions. Motions and bills, combined; executive and private members bills. When we came in, the first bill we worked on was a bill sponsored by the Speaker and myself- the Anti-open Grazing Bill, which has been assented to by the Governor. Another one is the Western Nigeria Security Network codenamed, Amotekun Bill.

There was the Appropriation Bill. We also had to review the budget. There were bills for the creation of some ministries and government parastatals, it led to change of name of some ministries. We never heard of Ministry of Energy. Recently, I sponsored a bill on the Eradication of Open Defecation in the state. Whenever it becomes a law, if you defecate openly and you are caught, there would be a penalty.

I equally moved a motion on the need to curb the incursion of herdsmen, that was when a professor was killed on the Ife-Ibadan expressway last year. We have done pretty well, with close to about 100 motions and bills.

How are you impacting on the lives of your constituents?

What I do is to create awareness being the Deputy Speaker of the Oyo State House of Assembly, presently there is so much awareness. That is selling Ona Ara constituency, in my own little way, but I have been able to bring dividends of democracy to my people. It is not for me to blow my trumpet, I would rather ask that you go to my constituency and ask the people themselves, that will help me better. All I know is that the office I occupy now has a positive impact on my people.

What palliatives have you been able to give to your constituents during this period of Coronavirus?

As a politician, even without Coronavirus, you can’t enter your constituency without giving the people something. In my own little way, I have given palliatives to the people in my constituency. We did it twice. I understand the nature of the area. I am from a rural area of the state. We need to keep supporting them, even, financially no matter how small. Within one month, we have been able to distribute food items such as noodles, rice, beans, Semovita, oil, as well as cash to over 4,000 people. That this can cushion the effects of the Coronavirus pandemic. Certainly, we can’t feed everybody, that is the truth.