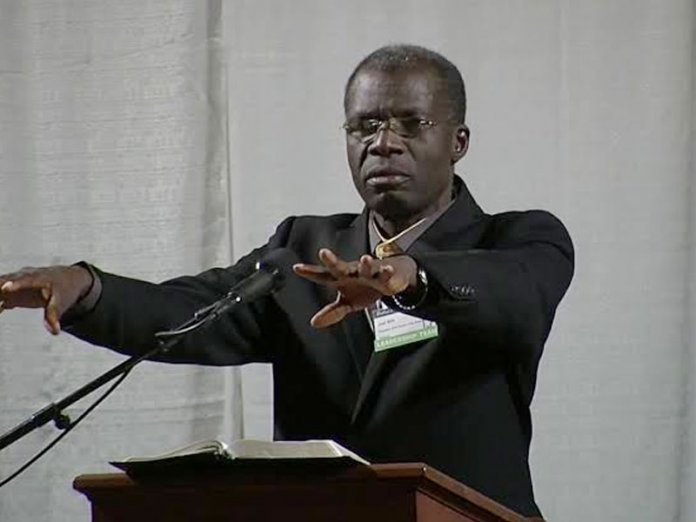 The largest indigenous Christian denomination in the North-east, Church of the Brethren in Nigeria, known in Hausa as Ekklesiyya Yan’uwa a Nigeria (EYN), has said that it lost over 8,370 members to Boko Haram attacks in the North-east.

The EYN, an Adamawa-based denomination with headquarters in Kwarhi, Hong Local Government Area of the state has 1.5 million members in branches mostly across the North-east.

President of the EYN, Rev. Joel Billi, told reporters at a press conference in Yola yesterday that the EYN is the worst-hit Christian denomination.

He said apart from more than 8,370 members and eight pastors of the EYN killed by Boko Haram, over 700,000 members were displaced.

He added that 53 of the 60 district church councils of the EYN were directly affected by insurgency with 300 of the church’s 586 branches either burnt or damaged by Boko Haram.

“Uncountable number of houses of our members were either burnt or looted,” he said.

The EYN president added that many members had been abducted while 217 of the abducted 276 Chibok school girls were members of the EYN.

He urged President Muhammadu Buhari and governors of Adamawa, Borno and Yobe States to ensure the rescuing of the remaining Chibok girls as well as Leah Sharibu, Alice Loksha and hundreds of other people abducted by Boko Haram.

He added that many communities, especially communities in Gworza Local Government Area of Borno State, are still deserted after repeated Boko Haram attacks.

The EYN president also appealed to Buhari to station a battalion of soldiers there so that residents who fled from attacks and are now in refugee camps in Cameroon or IDP camps across Nigeria could return home.

He also called on the federal government to, as a matter of urgency, marshal out plans to evacuate the over 47,000 stranded IDPs in Cameroon camps back to Nigeria by the end of this year.

Billi also pleaded with the North East Development Commission (NEDC) to come to the aid of the church to reconstruct houses, schools and worship places destroyed by insurgents.

He said the church was yet to feel the presence of NEDC in the area, adding that the government should end the current incessant killings, abductions, rape, and all forms of criminality nationwide.