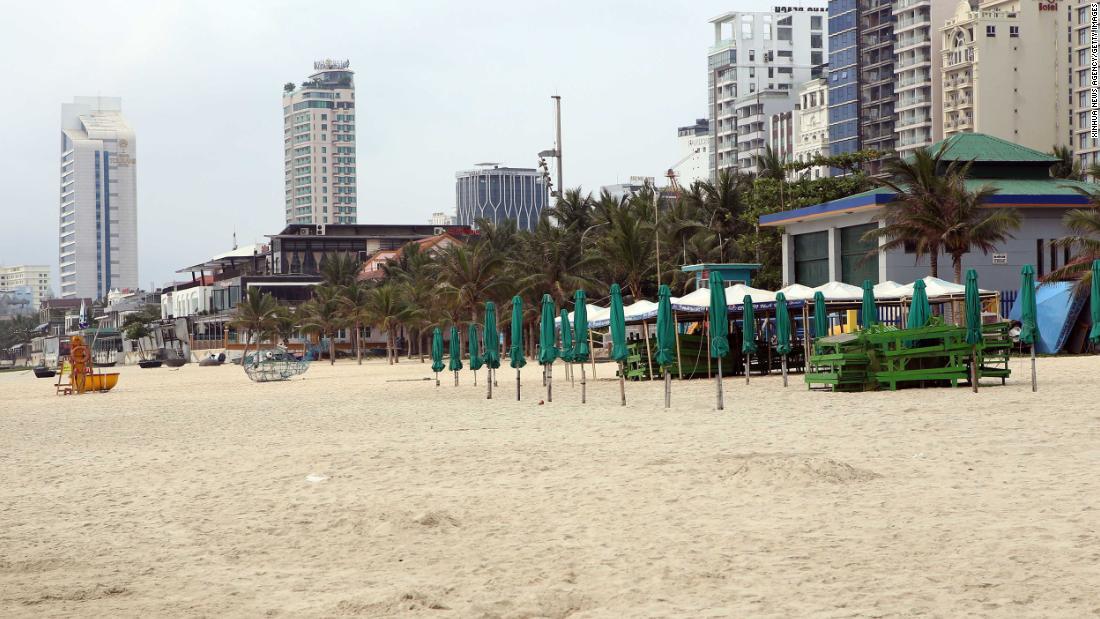 Vietnamese authorities are rushing to nip a potential new outbreak in the bud after the Southeast Asian nation recorded its first locally-transmitted case of Covid-19 in 100 days on Saturday.

The patient, a 57-year-old man, had no international travel history and had been living in Da Nang for the past month, according to Vietnam’s Ministry of Health. Two other cases were reported the following day.

After the case was announced, Vietnam’s Prime Minister Nguyen Xuan Phuc demanded that contact tracing be ramped up and large-scale testing conducted across the city, according to a government press release.

On Monday, the government made the drastic decision to begin evacuating 80,000 people from Da Nang, a process it said would take four days. Domestic airlines are operating about 100 flights daily to 11 cities around the country, according to the Civil Aviation Authority of Vietnam.

Only two Vietnamese provinces, Bac Giang and Bac Ninh, will require those returning from Da Nang to be quarantined. Other local authorities will require them to fill in health declaration forms.

Da Nang is a tourist hotspot popular with domestic and international tourists, who flock to the city’s white sandy beaches and seafront resorts. In 2019, the city welcomed about 8.7 million tourists — some 5.2 million of whom were domestic travelers, according to government figures.
Vietnam almost completely sealed off its borders to foreign nationals in March and is still off-limits to international tourists because of the pandemic. In June, the country allowed more than 400 Japanese business travelers to land on several chartered flights, in a first step toward opening borders between the two countries.
While the evacuation of thousands of people over three coronavirus cases may seem overzealous, Vietnam has been held up as a leading example in containing the virus, thanks to an aggressive strategy of early screening of passengers at airports and a strict quarantine and monitoring program.

The country has not reported any deaths from Covid-19 and has confirmed just 420 cases, according to Johns Hopkins University.

On Saturday, social distancing rules were reimplemented in Da Nang, according to the government press release. Everyone in the city must keep a distance of at least one meter from each other, wear face masks in public places and wash their hands regularly.

From Tuesday, people living in residential areas around three hospitals in Da Nang will be required to stay at home, according to a directive issued by the Prime Minister.

Festivals, religious gatherings and major events in Da Nang will be banned, and non-essential services — such as beauty salons, pubs, discos and bars — will also be closed from Tuesday.

Other businesses, tourists sites, restaurants and sports centres will remain open, so long as preventative measures are in place. This includes providing protective equipment to employees and recording the temperatures of all customers, according to the government.

Schools in Da Nang will remain open, but administrators have been instructed to reduce the number of students in each class.

Public health experts say Vietnam’s success lies in a combination of factors, from the government’s swift, early response to prevent its spread, to strict contact-tracing and quarantining and effective public communication.

Vietnam was quick to take proactive lockdown measures. On February 12, it locked down an entire rural community of 10,000 people north of Hanoi for 20 days over seven coronavirus cases — the first large-scale lockdown known outside China.

The decisive early actions effectively curbed community transmission and kept Vietnam’s confirmed cases to just 16 by February 13. For three weeks, there were no new infections — until the second wave hit in March, brought in by Vietnamese people returning from abroad.

Authorities rigorously traced the contacts of confirmed coronavirus patients and placed them in a mandatory two-week quarantine.

After a three-week nationwide lockdown, Vietnam lifted its social distancing rules in late April. Businesses and schools have reopened, and life had started to return to normal.