A young man was caught after he tried to shoplift up to a dozen ‘canned fish’ from a supermarket in Lagos. 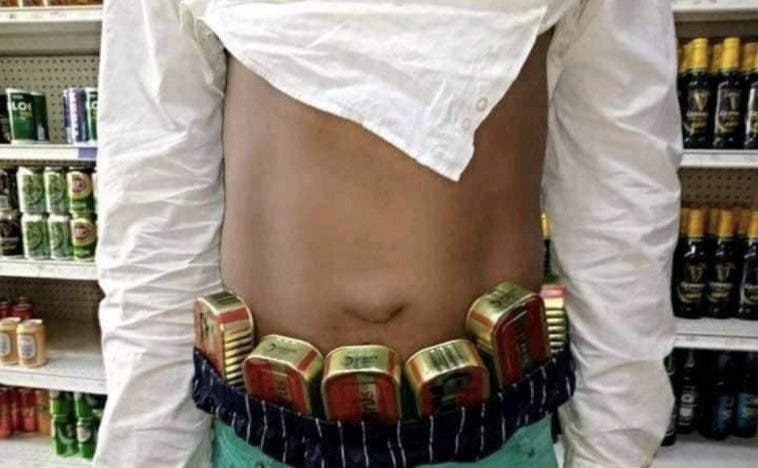 Facebook user, Segun Availeth, who shared the story, said the boy entered the supermarket pretending to buy some stuffs, but was later found with a waist-full with sardines inside his underwear.

”He visited a supermarket with a tiny waist, after strolling round the supermarket looking for what to lift, his waist grew bigger, then the attendant was inquisitive to know what vitamin he must have taken in the supermarket that resulted to the waist boosting, only for them to discover it was an artificial waist floated by sardines.’‘ 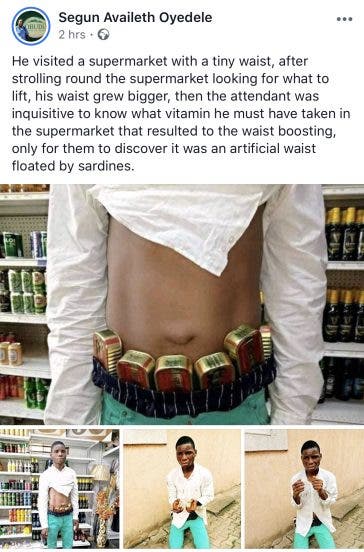