Saying it’s probably the hardest thing she’s ever done in her life —admitting that she’s wrong— Erica is seen in a new video apologizing to the rest of the housemates over her outburst on Saturday night. 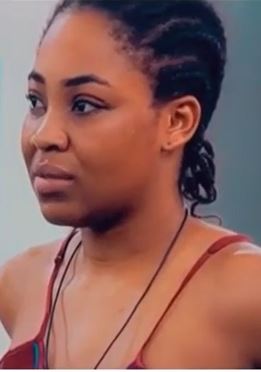 She’s seen in the midst of the rest of the housemates, directing her apology to each and every one of them even though the misbehaviour was majorly at two housemates; Laycon and Prince.

As the video of her apology has begun serving rounds on the internet, a lot of people are unperturbed and unwelcoming of her apology as they urge Big Brother to make sure she’s disqualified regardless of any apology.

Majority of the viewers see her apology only as damage control and she trying to save herself so as to continue in the game and not a necessary heartfelt apology.