Popular Nigerian social media comedian, Broda Shaggi has been considered not so funny by a Nigerian Twitter user. 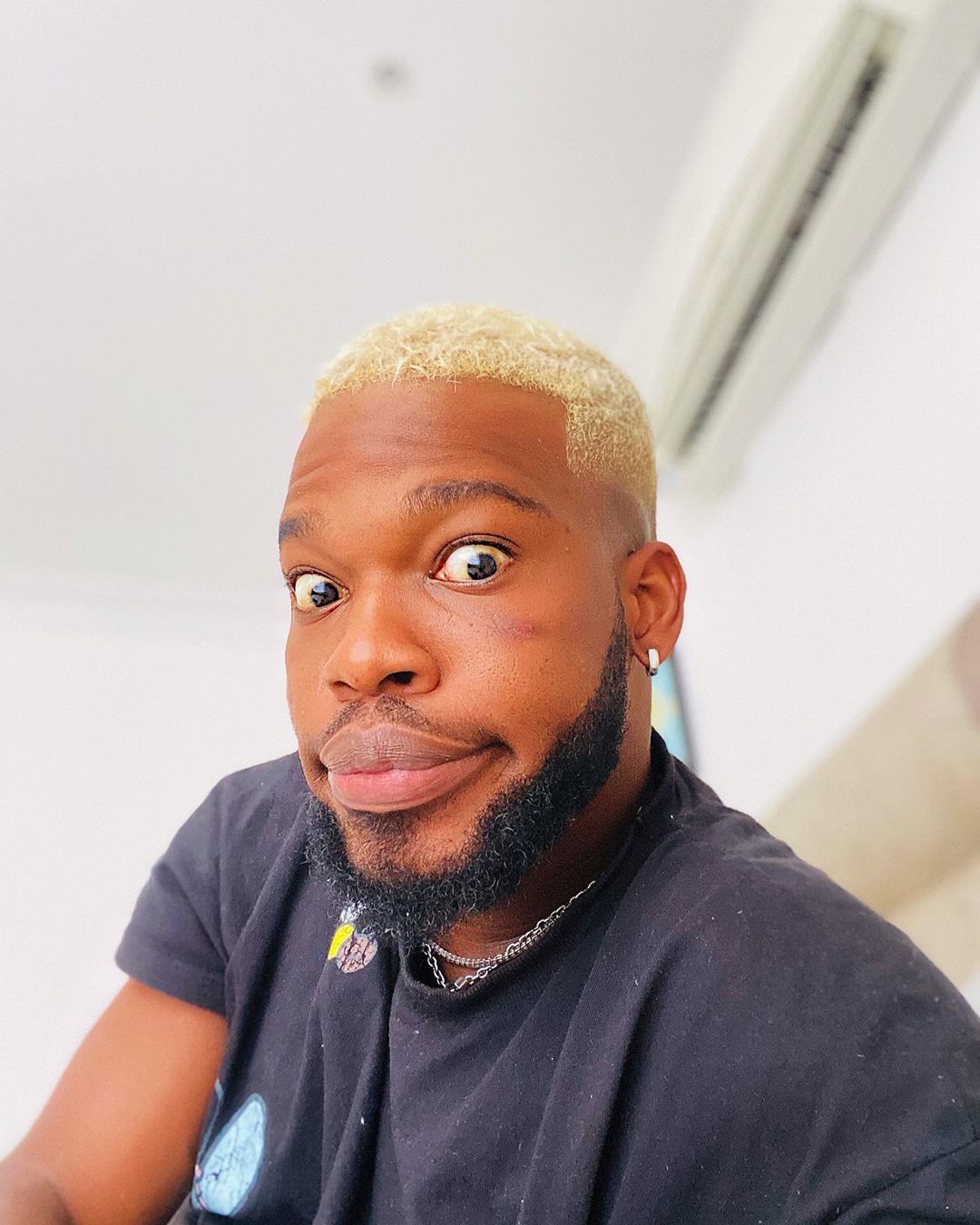 According to the user, a lady, the comedian’s skits are not funny and are too long and unnecessary.

She says he should consider acting full time — the Twitter user identified as Irunnia on the social networking platform, said the comedian will be better as a full time actor than a comedian.

“Broda Shaggi is not funny. Sometimes his skits are too long and unnecessary. He will do better as an actor than a comedian. Let him just enter full time acting.” 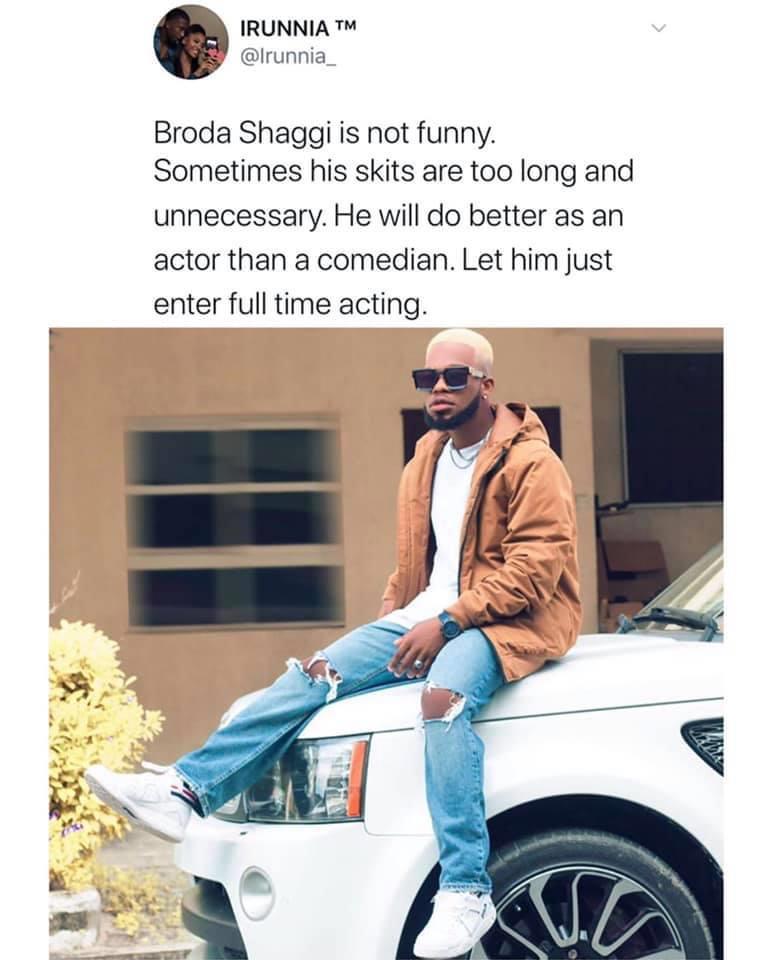 Broda Shaggi became a popular face on Nigerian Social media due to his skits which quite a number of people find hilarious.

To see some of his skits, click on this link