Alaafin of Oyo’s wife, Queen Ola has fueled the rumours about her divorce to the traditional monarch in a post she shared on social media. 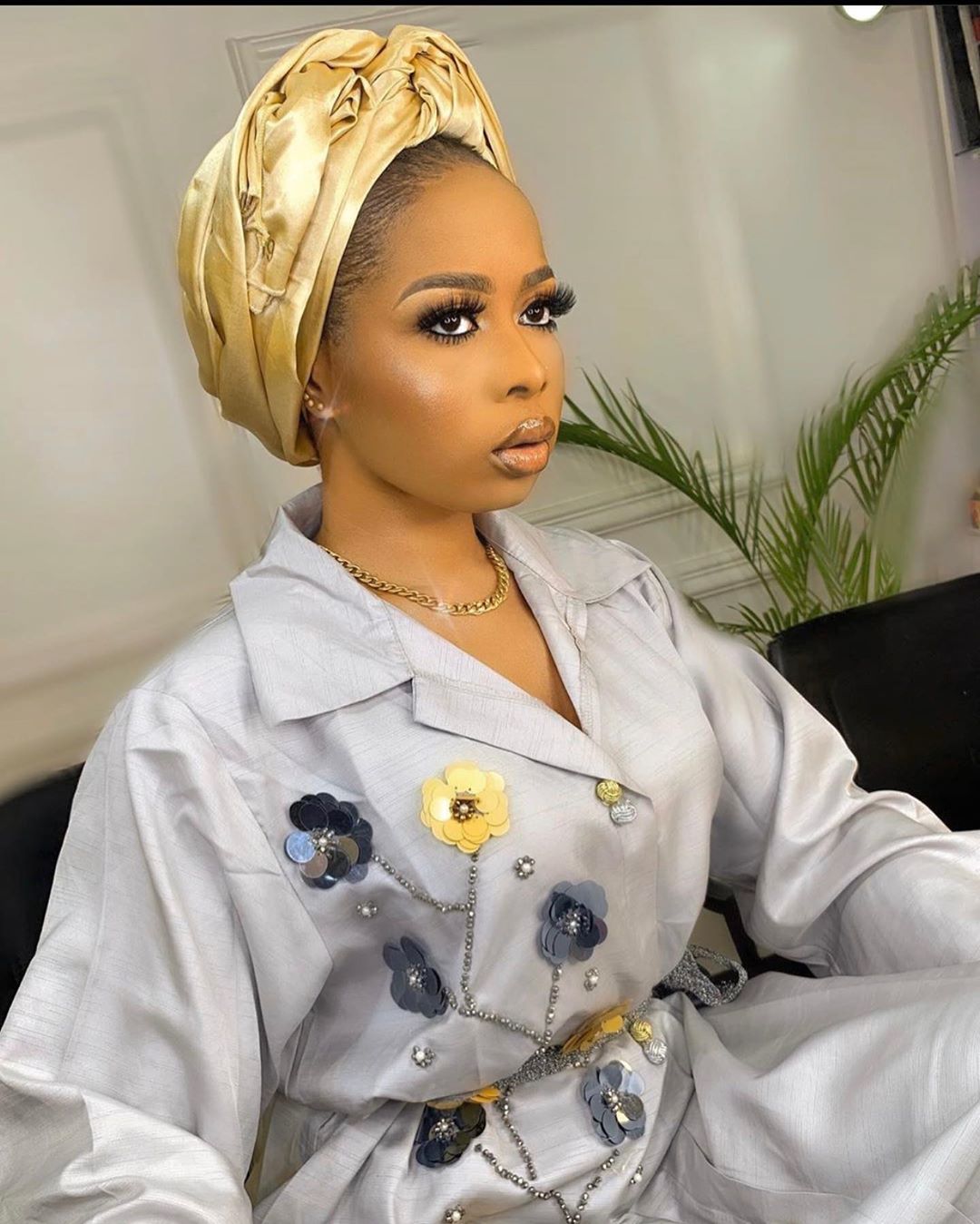 According to Queen Ola in a post she shared on Instagram, it is okay to break up and divorce if one of the parties is not happy or appreciated.

“Divorce is ok, breakig up is ok. starting over is ok. moving on is ok.saying no is ok. being alone is ok.

“What is not ok is staying somewhere where you aren’t happy, valued or appreciated, that’s not ok.” She added.

Recall that few months ago, in a picture the Alaafin took with his wives in the palace, Queen Ola was nowhere to be found in their gathering.

Earlier in the year, it was rumored that the queen was sent out of the palace for allegedly sleeping with Nigerian music icon, King Ayinde Wasiu Marshal popularly known as KWAM1.

Since then, there have been speculations that the mother of two has moved out of the palace and most likely left the marriage. 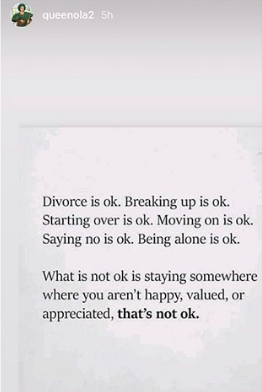