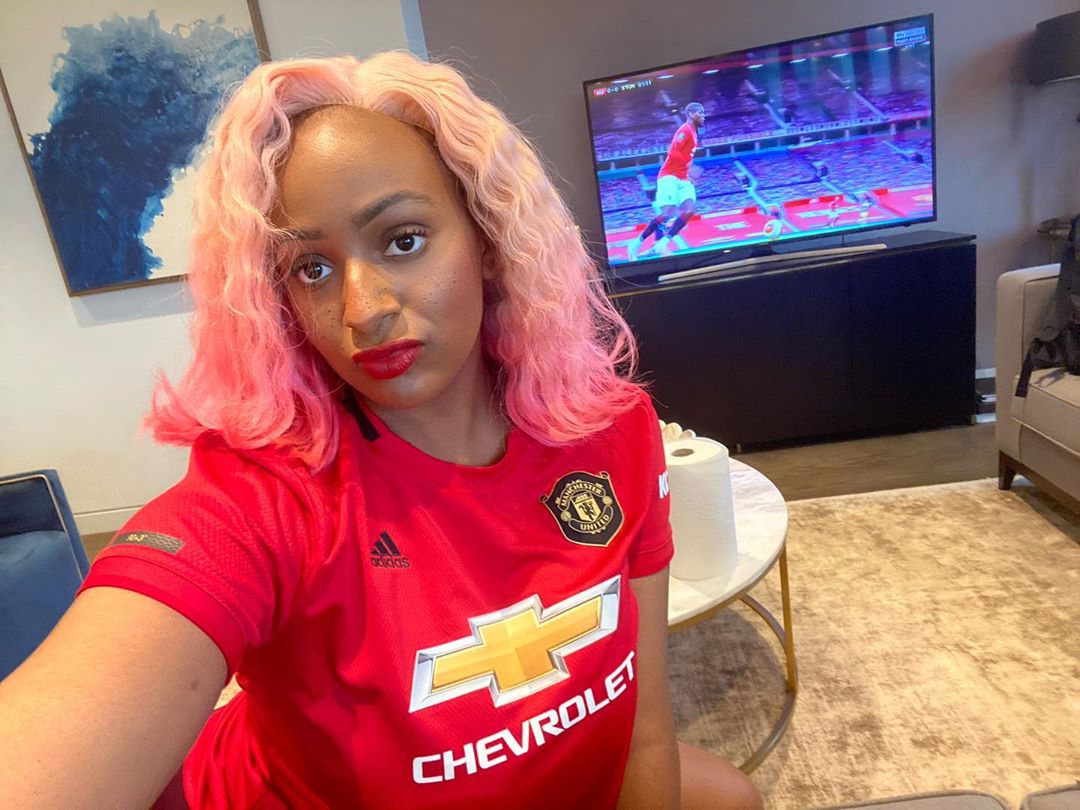 The Disc Jockey was captured in an ADIDAS advert as they unveiled Manchester United’s third kit for the coming season.

Taking to her verified Instagram page, she shared a video with the caption;

“REVEAL! As @ManUtd fan, I’m PROUD to be a part of their official jersey campaign! Soccer ball READY FOR THE NOISE! #GGMU Speaker with three sound wavesRed circle”.

DJ Cuppy, started supporting Manchester United FC after she promised to do so if Odion Ighalo scores against Norwich City.

“As a Nigerian, I think it’s only right that if @ighalojude scores a goal today… I will officially join @ManUtd as a fan! #FACup,” she had tweeted.