Popular Ghanaian actress, Juliet Ibrahim has taken to Instagram to reveal that she has everything she could ever need in her life. 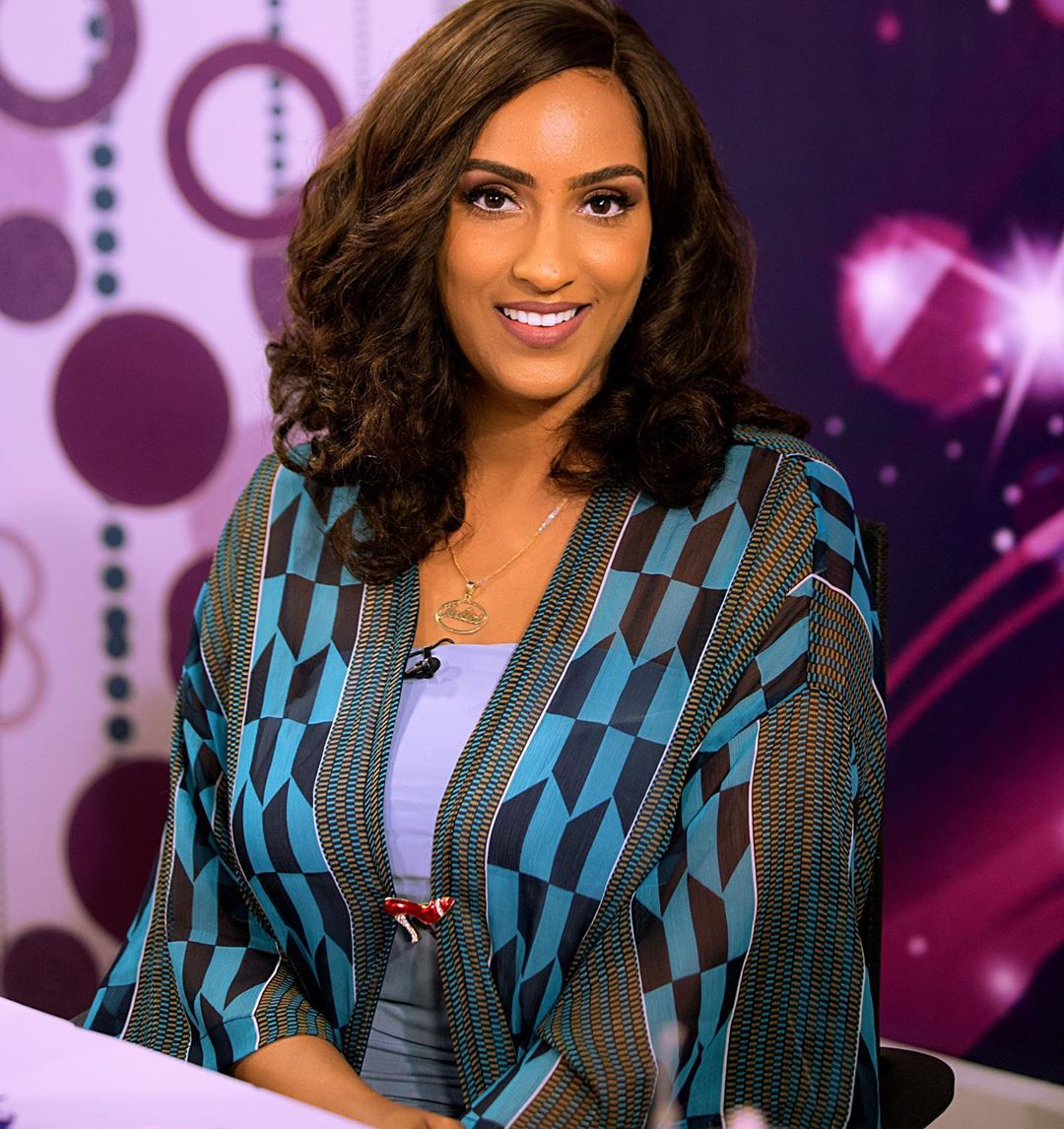 The brand influencer who shared a breath taking photo of herself on her verified Instagram page noted that when she counted her blessings she realized she has everything.

“When I started counting my blessings, I realized I have everything I could ever need.” 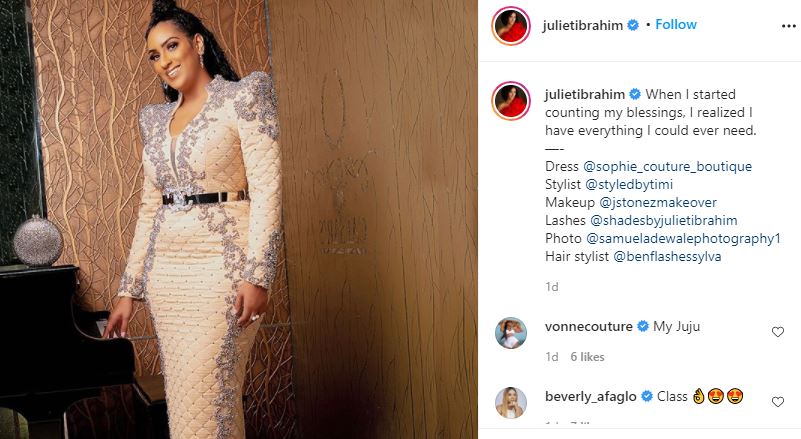 However, Juliet recently took to her social media page to air her displeasure about being called a half-caste.

The actress told a story of how someone she had a conversation with insisted she isn’t “black enough” to be called a black woman because of her skin colour. 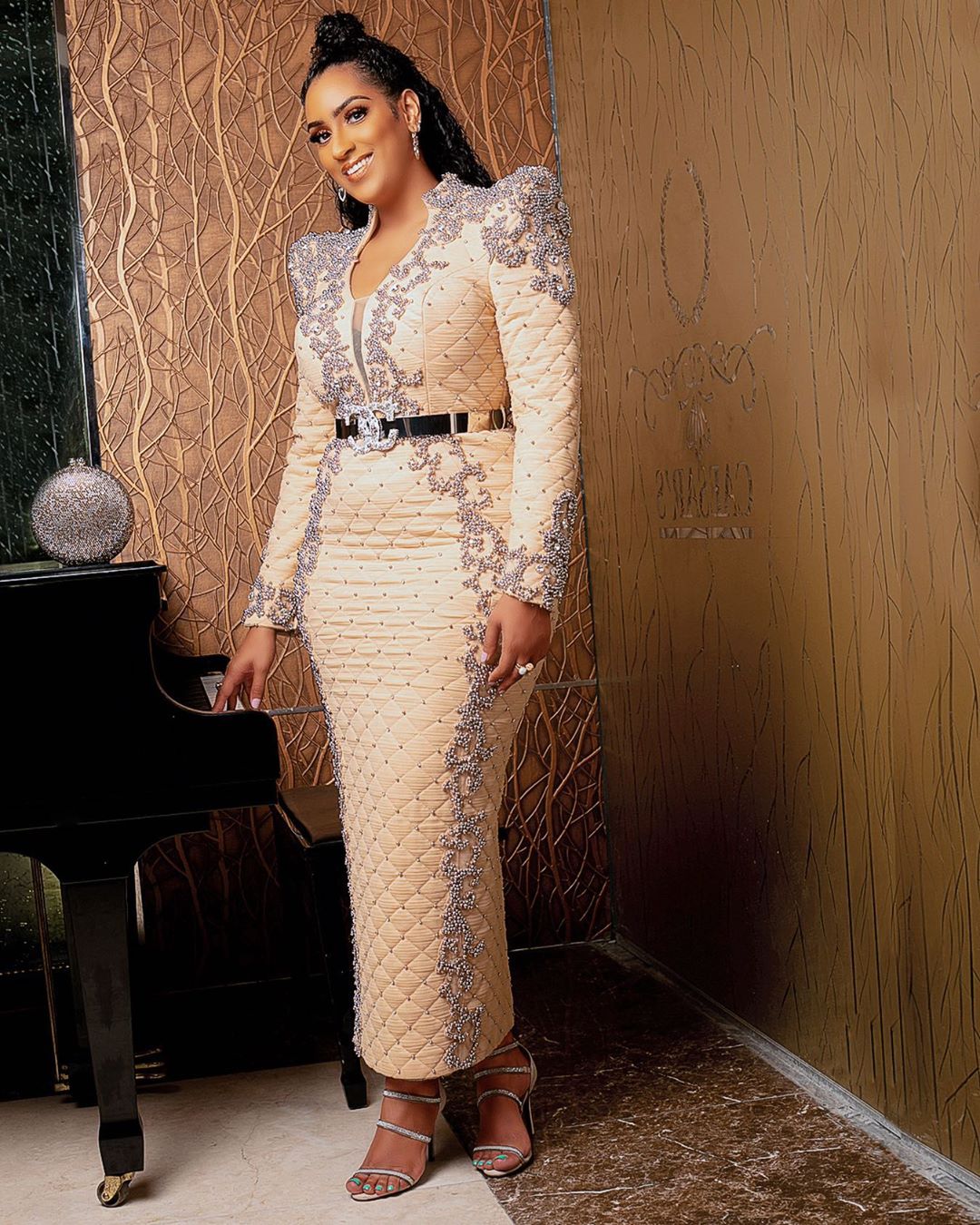 The beautiful film star revealed people see her and her siblings as half-caste, a term she insists she finds offensive.

“I had a random conversation the other day with someone and it was appalling when he mentioned passively to me that he doesn’t see me as a #Blackwoman ! He argued, you are not “black enough” your skin isn’t dark enough, your hair not kinky enough. And thus my siblings and I do not “count” as Black.

Now this is Exactly, what we are fighting to correct amongst ourselves and the world at large. I am a black woman! When I’m abroad amongst the whites, I am classified and recognized as a black woman, however, right amongst us Africans I’ll be referred to as a Half-Caste! This is the most derogatory term to describe a person of mixed race or mixed ethnicity.

We are referred to as mixed race or multi-racial! Mixed race people are no less black than their dark-skinned counterparts. So, let’s all say NO to RACISM, TRIBALISM, COLORISM and SEGREGATION. Let’s teach and train our children to grow up and accept people for who they are and not by the color of their skin.”