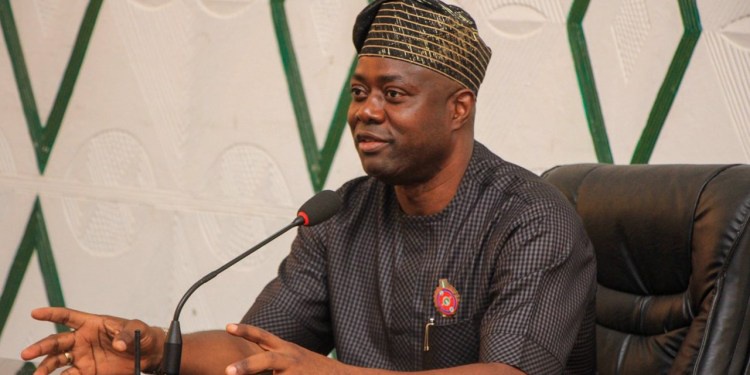 Igbo community in Oyo state has written to the state governor, Engr. Seyi Makinde, reassuring him of their sympathy over the wanton destruction of property and loss of lives as a result of the fallout of the #ENDSARS protests rocking the country .

The letter, under the umbrella of Ohanaeze Ndigbo , Oyo state branch, and Igbo Community Development Association ( ICDA) also reassured the governor and the good people of Oyo state that the fraternal bond between the Igbo and Yoruba remains intact.

In the letter signed by both the Ezendigbo of Ibadan / Oyo state, Dr Alex Anozie and President, Ohanaeze Ndigbo/ICDA , Chief Emma Nzeako, the residents of Igbo community in the state made vein reference to a voice in the social media, calling on Igbo people to leave Yorubaland .

However, they assured that both Yoruba and Igbo are inseparable brothers and sisters .

The letter, copies which were made available to the Olubadan of Ibadanland , Oba Saliu Adetunji and the Alaafin of Oyo, Oba Lamidi Adeyemi , the Igbo community charged the people to ignore such divisive call as enemies of the people.

While praising the laudable approach and maturity, in which the Governor is handling the crisis in the state , they appealed to the federal government to do the needful by listening to the demands of the Nigerian youths by humbly looking into their grievances and follow up with action.

”We are aware of a voice in social media that is calling on us Ndigbo to leave our Yoruba brothers and friends , to go back to our region. But we are very sure that some of our brothers , the Yoruba are also residing in the East, and nobody has asked them to go back to Yorubaland. And we are sure nobody will ask them to leave the East. Our fraternal bond remains intact . Whatever damages already done anywhere , let our leaders sit and resolve it amicably ,” they stated.

While describing the violent protest that erupted in different parts of the country as most unfortunate and painful, the Igbo community noted that the constitution of the country allows freedom of peaceful protest , saying that the aftermath of the protest was unnecessary and uncalled for.