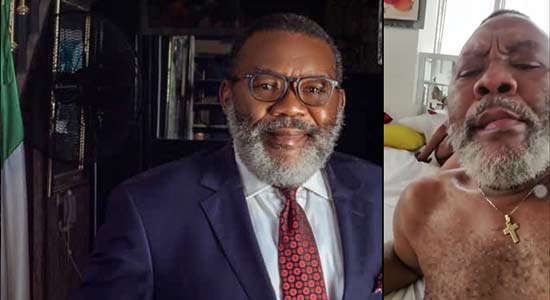 The Commissioner for the Imo state office of the Public Complaint Commission, Chief Willy Amadi may have landed himself in sex tape mess following the fast circulating video of his alleged sexual indiscretion.

In the fast spreading video obtained by Gistloversblog1, the Commissioner was seen videoing himself in the 12-second sex tape which captured his image and those of two girls making out on a bed while he videoed the raunchy scene.

NEWSDIRECT is still following up on the details of the scandal as it unfolds, with ongoing efforts to alternatively secure a comment from the Commissioner’s family while tracking the two girls in the viral sex tape.

Watch the video below: