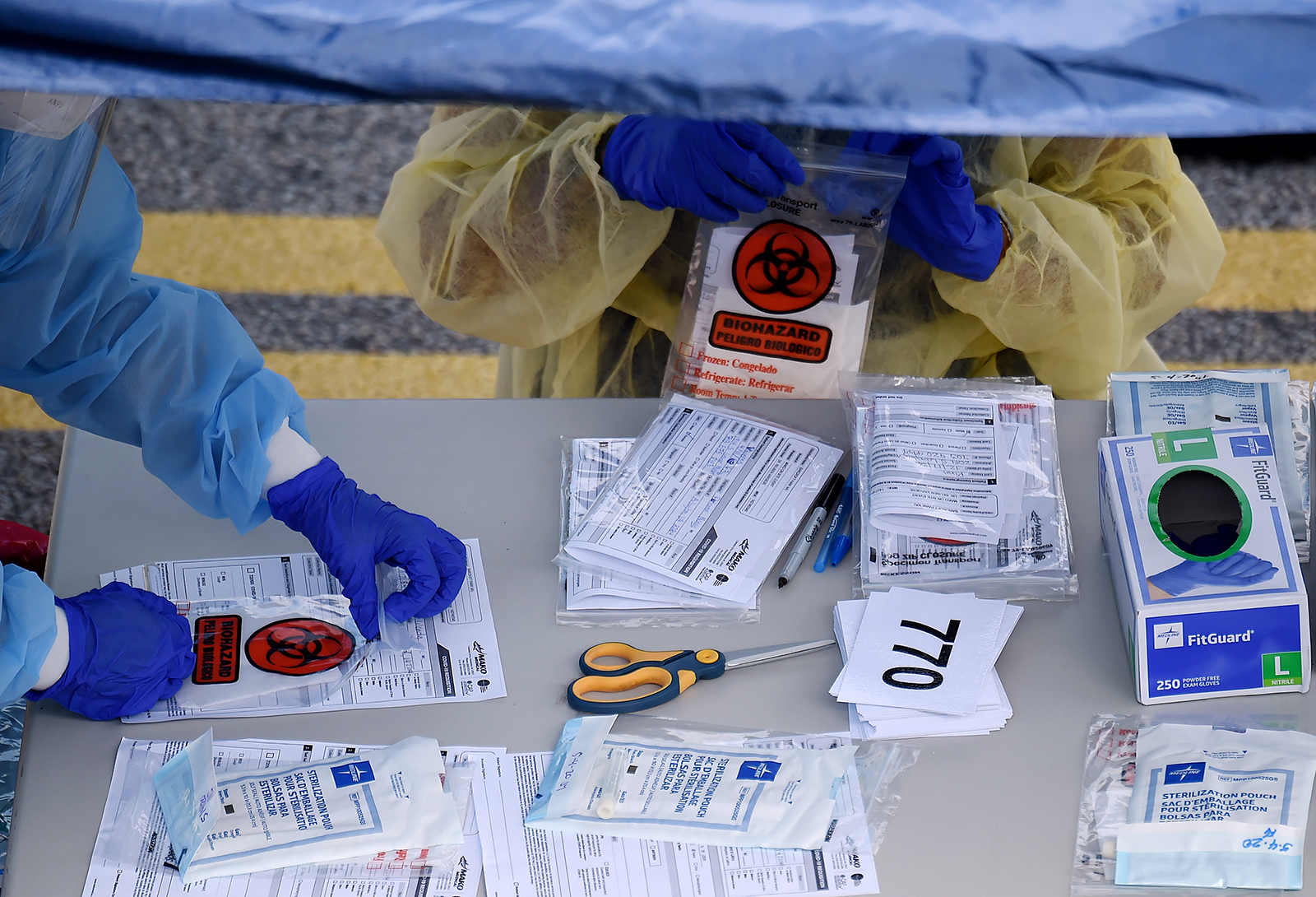 People get free Covid-19 tests without needing to show ID, a doctor’s note or symptoms at a drive-through and walk up testing center in Arlington, Virginia, on May 26. Olivier Douliery/AFP/Getty Images

The young man admitted to the Newton-Wellesley hospital in Massachusetts was clearly very ill — so ill that he needed the help of a ventilator to breathe.

The doctors treating him were certain he was infected with the new coronavirus. It was mid-April — the height of the outbreak in the Boston area. The patient had trouble breathing and had other symptoms.

But the first swab test for coronavirus came back negative. A second test, 24 hours later, came up negative, too. So they tried a different approach.

“The clinical team reached out to me for help in testing a tracheal aspirate,” Dr. Michael Misialek, a pathologist at Newton-Wellesley Hospital outside Boston, told CNN.

That’s a test that takes a sample from deeper in the respiratory system. It uses a different technique, but doctors are increasingly reporting that they cannot find evidence of Covid-19 infection until they perform such tests.

This tracheal secretion came back positive. “That allowed the team to enroll the patient in a clinical trial,” Misialek said. He was treated with one of several immune-based drugs being tried out on coronavirus patients, eventually recovered and was discharged from hospital.

Similar cases were taking place around the world. In London, New York, and elsewhere, health workers were seeing patients arrive with severe symptoms — but then test negative for Covid-19.

Why is this happening? Some studies are beginning to indicate that when patients are severely ill, the virus is replicating deeper in the respiratory system, beyond the reach of the swabs used for most of the testing, experts say.

Dozens of tests are on the market, but their reliability varies greatly.

Polymerase chain reaction (PCR) tests, which look for evidence of the virus, are usually reliable — but not always.