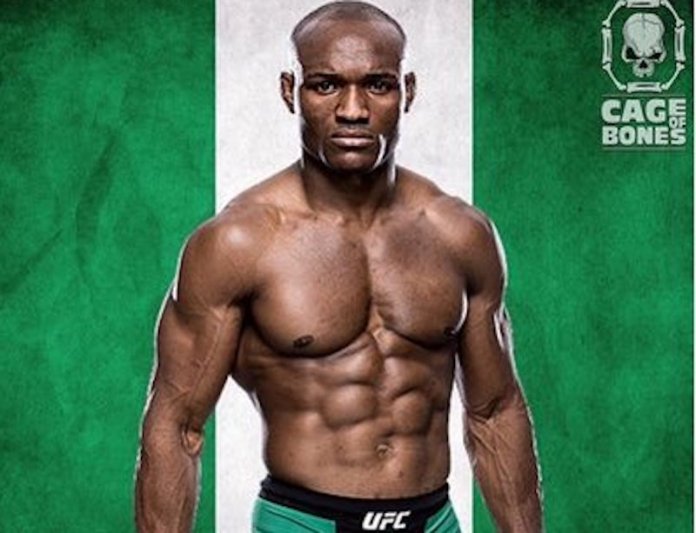 Nigerian born USA-based Kamaru Usman has stoked the fires ahead of a potential fight with Conor McGregor, claiming it would be so one-sided that he would be able to ‘s**g’ the Irishman if he wanted.

Talks surrounding a showdown between the two have intensified over the past week despite the significant weight difference between the reigning 170 pound champion and former featherweight title holder McGregor.

With No 1 welterweight contender Jorge Masvidal seemingly more interested in a rematch with Nate Diaz, Usman’s manager Ali Abdelaziz challenged the Notorious on Twitter on Monday.

Abdelaziz tweeted: ‘It looks like #1 contender wants to fight Nate Diaz now. Good for him. Conor McGregor hey you want a title shot? Come to daddy, Usman will give you one and he promise first two rounds without takedowns only slaps.’

And now Usman himself has had his say on the proposed match-up, tweeting: ‘I really don’t understand why you all want this man DEAD!!! I’d s**g him in there and he’d ‘DO NOTHIN’ FOH.’

The majority of fans agree that Usman would be able to have his way with McGregor in the octagon, with the Nigerian’s size and wrestling skills making him a nightmare opponent.

McGregor, also a former lightweight champion, has fought twice at welterweight, most recently dispatching Donald Cerrone in 40 seconds in January.

A victory over Usman would see him make history by claiming a UFC title in a third division.

However, it would no doubt be his toughest test, the 31-year-old walking around at 170 pounds while Usman has to cut down from somewhere in the region of 200.