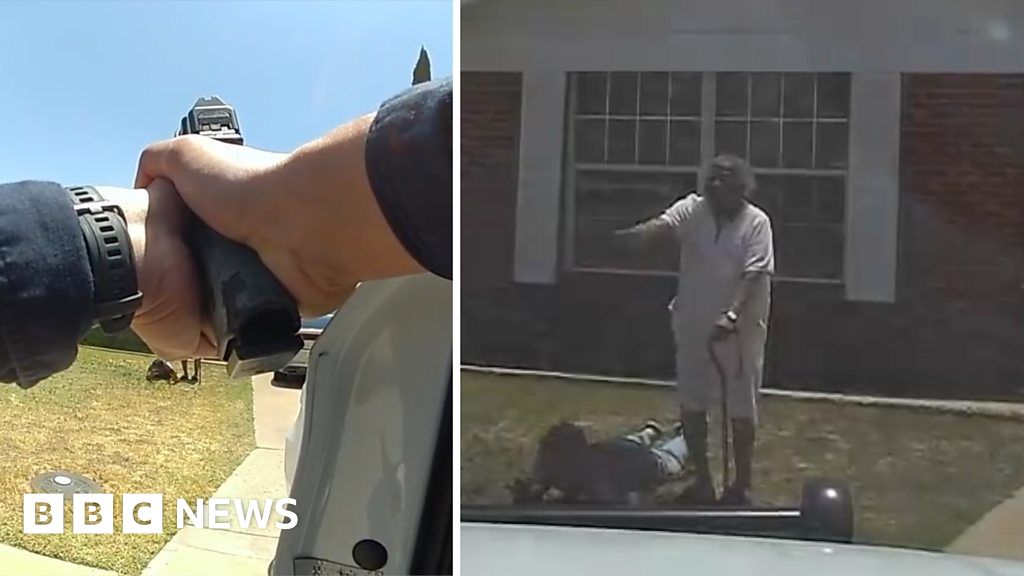 Bodycam footage shows a woman, dressed in what looks like a nightgown and holding a walking stick, coming out of her house to try to help her grandson who is being cautioned by police.

Tye Anders, 21, was charged with evading arrest after allegedly running a stop sign in Midland, Texas.

The incident with his grandmother unfolded in her front garden on May 16 as Mr Anders pulled up into her driveway, closely followed by police bearing guns.