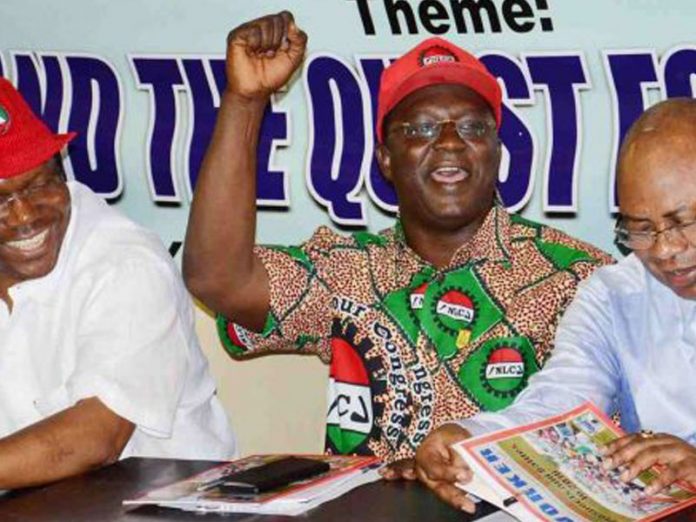 They described the fuel price hike, which PPPRA announced on Wednesday, as inhumane and unjustifiable.

NLC, in a statement yesterday, said: “This might just be the last straw that would break the camel’s back.”

The congress demanded a reversal of the pump price to the old price, saying that the prices of crude oil in the international market had only slightly increased from the previous price before the downward review was announced two months ago.

The NLC President, Mr. Ayuba Wabba, in the statement, described the hike in the fuel pump price and the proposed electricity tariff hike as a “potent threat to run millions of Nigerians under.”

He asked the federal government to rehabilitate the refineries and disclose the timelines for this.

Wabba berated the PPPRA Executive Secretary, Mr. Saidu Abdulkadir, for the fuel price hike, noting that “he did not even feign pretence that government has abdicated its responsibility to protect Nigerians from the cut-throat tendencies of neo-liberal market forces.”

Wabba said: “Nigerians would recall that the last downward review in the price of petrol was at the beginning of the COVID-19 lockdown. The economic benefits of the so-called “downward” review were hardly enjoyed by ordinary Nigerians who were mostly indoors.

“Just as the lockdown is being eased out and as soon as the interstate travel ban was lifted, the government decided to hike the petrol price. Nigerian people and workers are forced to interpret this move as grand mischief and deceit.
“It is clear even to the blind that the crisis in our downstream petroleum sub-sector is ‘self’ nay government-inflicted.”
The NLC attributed the crisis in the downstream sector to the refusal by successive governments to fix the nation’s oil refineries.

“Government simply wants to transfer the cost of its own inefficiencies to the Nigerian people. Nigerian workers say ‘No’ to such. There is no way Nigerians would accept a situation where we are charged international rates for a product which Nigeria is the sixth-largest producer in the world.

“The extra costs that the PPPRA wants Nigerians to pay in order to promote ‘growth’ and ‘investment’ are actually the cost of profits made by countries that we ship our crude oil to, the cost of sea freight of the refined products, the cost of demurrage at our seaports when the refined products arrive, the cost of the frequent devaluation of our national currency, and the cost of official corruption by gatekeepers managing the downstream petroleum sub-sector,” the NLC added.

On its part, the main opposition party described the hike, despite the decline in the price of crude oil in the international market, as grossly unjustifiable, saying that it has further exposed the insincerity of the All Progressives Congress (APC) and its administration.

According to a statement by the National Publicity Secretary of PDP, Mr. Kola Ologbondiyan, the party noted that in directing a fuel price increase at the time Nigerians are facing the economic and social trauma of the COVID-19 pandemic, the Buhari-led administration showed a total lack of human feelings to the plights of our citizens.

“Our party challenges the APC-led federal government to present to Nigerians the indices and parameters it used to determine the price increase, which obviously cannot be in tandem with the prevalent situation in the global industry.

“The actions of the APC administration have continued to confirm that the party has never been pro-poor but only relishes in imposing hardship and heavy taxes on already impoverished Nigerians, while running an over-bloated government through which resources meant for the welfare of Nigerians are frittered by corrupt officials and the cabal in the presidency,” PDP stated.