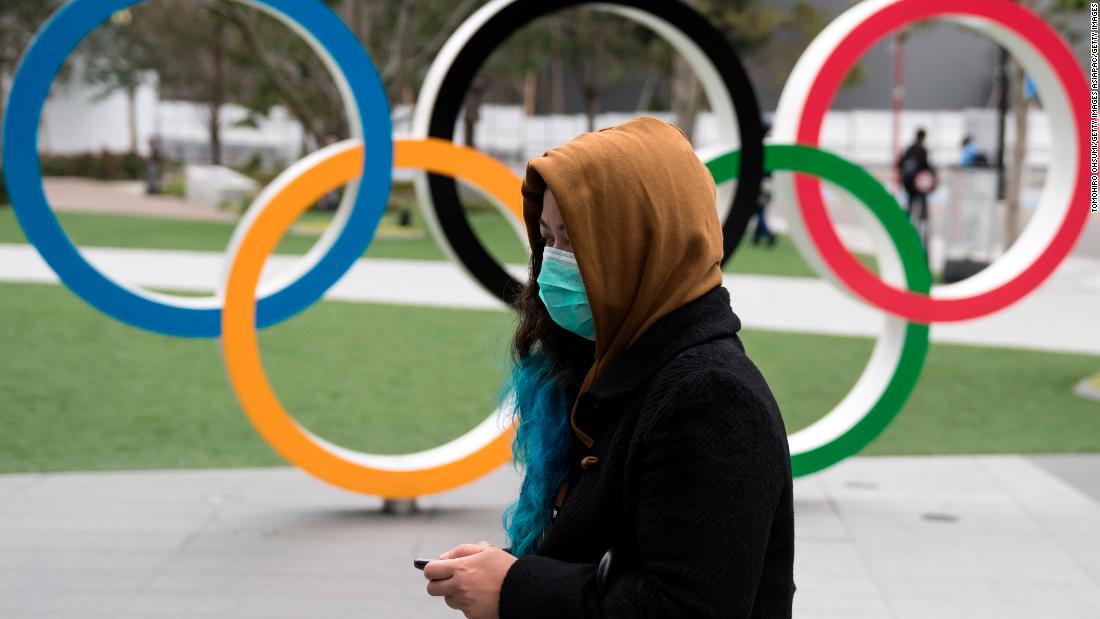 (CNN) — This week, billions of people were supposed to be tuning in to the Tokyo 2020 Summer Olympic Games.

But like thousands of other events around the globe, the Olympics fell victim to the coronavirus pandemic. Rather than outright canceling the games, officials have postponed them to 2021.

The global sporting event might be delayed for a year, but there is plenty going on right now behind the scenes.

The International Olympics Committee announced last week in a statement that the venues and competition schedule for the 2021 games have been confirmed. This includes all 43 competition venues, the Main Press Centre, the Broadcast Centre, and the iconic Olympic Village.

IOC President Thomas Bach called the Olympic Village “the beating heart of the Olympic Games” and said he is delighted that athletes will be able to participate in this once-in-a-lifetime experience next year.

“Athletes from all around the world will live together under one roof in the Olympic Village, sharing meals together, celebrating together, discussing together and forming these unique Olympic communities,” Bach said in the statement.

The competition schedule will also remain the same, with only a few tweaks due to operational reasons. Although the venues and schedules are confirmed, Bach said there is still much to accomplish.

“With only one year to go, a mammoth task still lies ahead of us,” Bach said. “With our Japanese partners and friends, we agree that we have to adapt the planning of the Olympic Games Tokyo 2020 to the requirements of the global crisis, while maintaining the unique spirit and message that defines our mission.”

In an interview with CNN’s Will Ripley, Tokyo Governor Yuriko Koike said the Tokyo Olympic Games could signify a victory over the pandemic but admitted that organizers were contending with many uncertainties.

With no Games this year, Japan is set to lose out on 10 million additional visitors — and that’s not including the 31 million visitors who normally visit the country each year.

To make up for the lack of tourists, the Japanese government has just launched a new travel initiative to encourage domestic travel. The program, Go to Travel, kicked off on July 22 and offers government subsidies for single-day and overnight trips.

The problem, however, is that Tokyo is now experiencing another surge in Covid-19 infections. According to public broadcaster NHK, Tokyo recorded a record 366 new COVID-19 cases Thursday — the first time it’s topped the 300 mark.

As a result, last week the government announced it was dropping travel to Tokyo from the Go to Travel program, noting that Tokyo residents — asked to stay home — would be excluded as well.

But Prime Minister Shinzo Abe’s administration’s plans to continue the “Go To” tourism campaign in spite of this surge have been met with fear by some local governors who worry the travel promotion could spread the coronavirus infection from the big cities to the less-infected rural areas.

However, Minister of Foreign Affairs Motegi Toshimitsu said in a press conference on July 17 that there has been a major drop in the Japanese domestic economy due to the government’s requests that people stay home.

“We need to prevent the spread of infection thoroughly, but at the same time, we need to recover, revive the economy, that is extremely important,” Toshimitsu said.

Though the Olympic Games might not be happening, there are a few ways to appreciate the skill and dedication of the athletes who’ve competed in them.

The museum will feature different multimedia and artifacts from U.S. Olympic athletes throughout the ages. Visitors will begin their trip at the top of the museum and work their way down through 12 interactive galleries, according to the website.

There is also radio-frequency technology (RFID) that is used throughout the museum. Guests receive a tag and can select which sports they want to focus on for the trip, according to Peter Maiurro, chief communications and business affairs officer at the museum.

“Powered by RFID technology, guests can customize their sport preferences and accessibility needs for a tour that is uniquely their own,” Maiurro said. “Team USA athletes were involved and consulted throughout the project to achieve our goal of authentic experience and inclusive design.”

The museum was originally supposed to open in May but had to be postponed due to the pandemic.

“As much as we wanted to share the incredible stories of Team USA athletes and the Olympic and Paralympic movements with guests from around the world, we needed to push back opening to ensure we opened safely for our team and for all visitors,” Maiurro said.

There are extra safety measures in place to create a safe environment for guests during the pandemic. The museum will be utilizing timed ticketing to control the crowd levels and will require masks throughout the museum, among other safety measures.

China’s Three Gorges Dam is one of the largest ever created. Was it worth it?

The Hong Kong snack bubbling up around the world